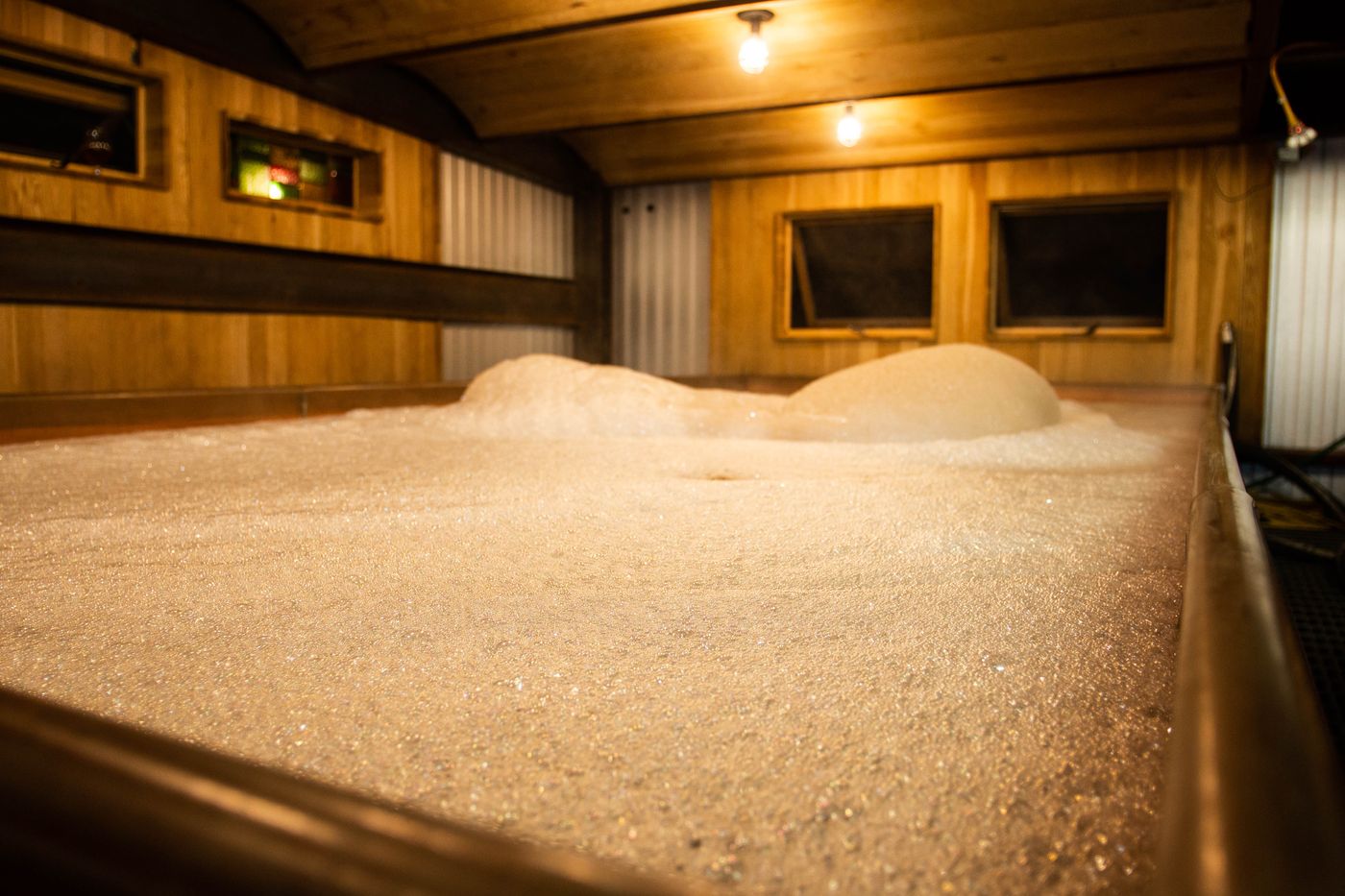 This week's coolship fill marks our 10th season of making 100% spontaneously fermented beer at Jester King! Our first coolship season was the winter of 2012-2013. We developed a love of spontaneously fermented beers from drinking authentic Belgian Lambic and Gueuze. After visiting Belgium in 2012, we wanted to see if spontaneous fermentation would be possible in Texas. We already knew at the time that it could be done in the United States thanks to our friends at Allagash Brewing Co. in Maine. Whether it would work in Texas was another story, but we figured it didn't hurt to try.

We fabricated a stainless steel coolship (which we still use today for our mobile coolship projects) and filled it with wort on a cold night in February of 2013. After cooling overnight in the open air, we moved the wort to barrels and waited. Nothing happened for about four days, but finally, a plume of yeast started mushrooming out of the bung of one of the barrels. Not long after, all the barrels were fermenting and on their way to completely fermenting. About one year later, we were delighted the beer was in good shape and heading in the right direction. About three years later in 2016, we blended and bottled our first ever spontaneously fermented beer.

Since then, we've released six different vintages of our SPON Three Year Blend, as well as numerous other fruited variations of SPON. We love how these beers are true representations of time, place, and people. We take one particular night of the year, one particular location at Jester King, and our own particularities as people to create something that has never existed before and will never exist again. The beer is a singular expression of our unique time, place, and people. We're passionate about this ethos and grateful to now express it entering our 10th coolship season.