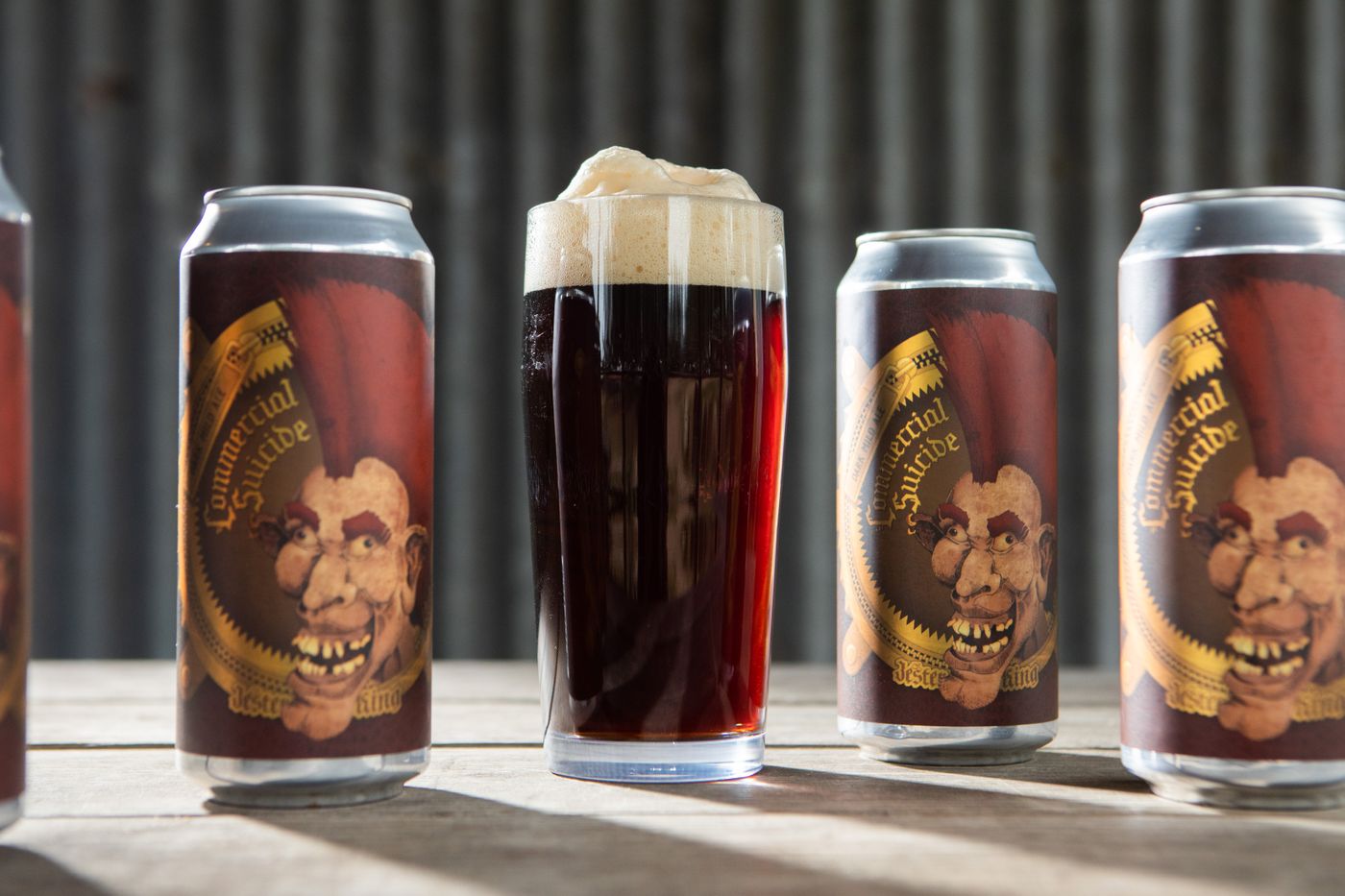 We've brought Commercial Suicide back to its English roots by re-brewing the original Dark Mild Ale. Commercial Suicide was our first beer released back in October of 2010. Its name came from it being too low alcohol for beer geeks and too dark in color for macro beer drinkers, essentially creating no audience.

In returning it to its English roots, we brewed it with Golden Promise base malt, English caramel malt, and a touch of English chocolate malt. Hopped with East Kent Golding and fermented warm with a pure culture of West Yorkshire Ale.

It's 3.7% abv and is drinking really wonderfully. We find it simultaneously refreshing and flavorful. It's a brewer favorite at Jester King and has lovely breadiness, a soft herbal bitterness, and enjoyable plum and fig aromas from fermentation.