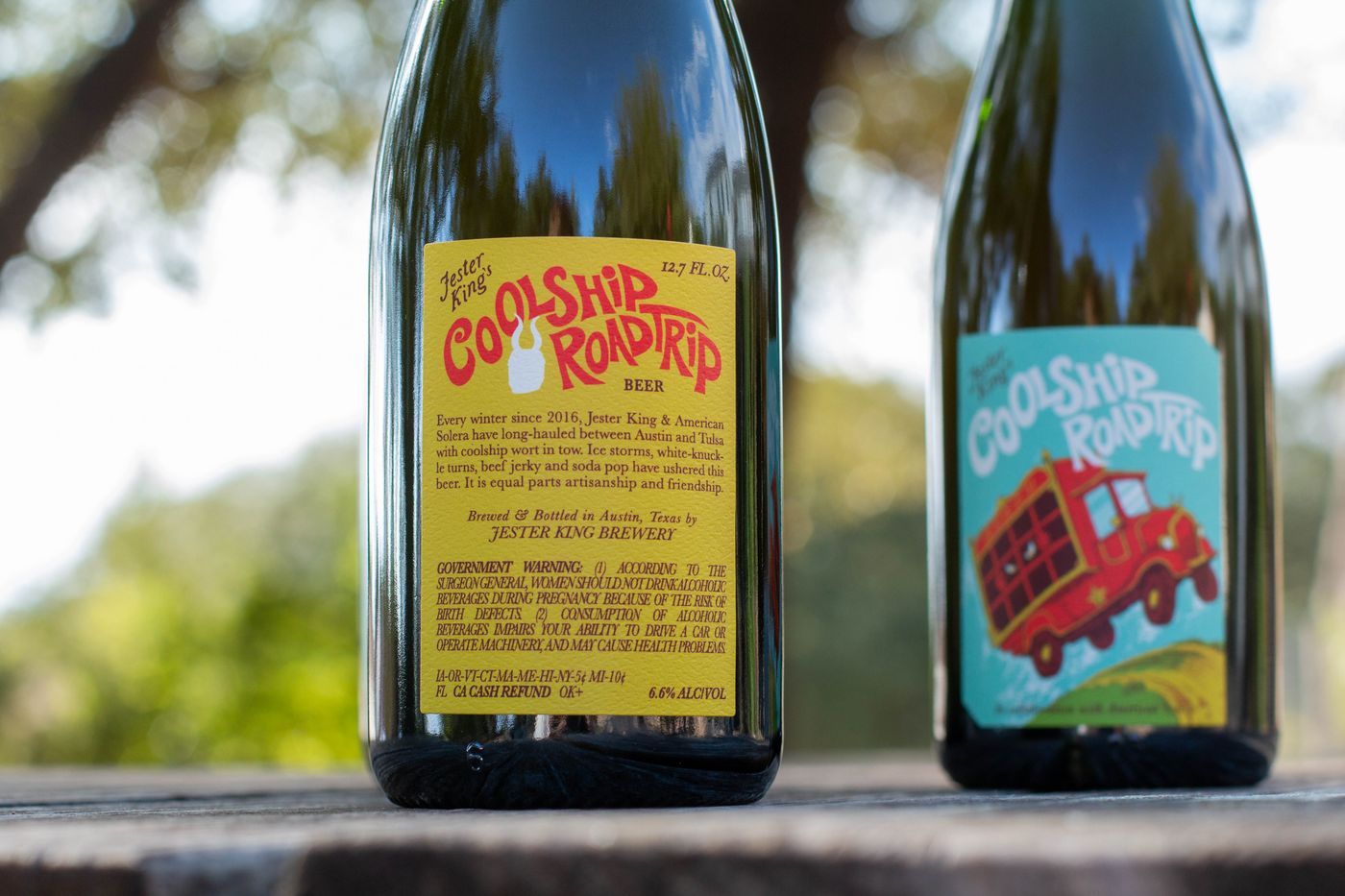 Today at 4pm, we releasing Coolship Roadtrip -- a 100% spontaneously fermented blend with our friends from American Solera that's nearly four years in the making.

Back on a cold winter night in February of 2016, we filled our coolship with wort, chilled it overnight, drove it all the way to Tulsa, Oklahoma the next day, and put it into barrels at Prairie Artisan Ales (now American Solera) for spontaneous fermentation. We then did the whole process in reverse and drove the wort down to Jester King to ferment in our barrels. We called this process "coolship roadtrip", and we've been doing it every year since. Finally, nearly four years later, we're releasing our half of the collaboration at Jester King.

At its core, Coolship Roadtrip is a culture swap based on the concept of microbial terroir. We wanted to take microbes from Texas, send them up the road to Oklahoma, and see what sort of beer they'd produce (and vice versa). The impact that microclimates have on spontaneous fermentation intrigues us and is the philosophical heart of this beer.

But reflecting back on the making of Coolship Roadtrip, we'd say this beer means much more to us than microbial terroir. It's a time capsule of sorts. It signifies friendship, change, and growth over the course of nearly four years. We're happy to reminisce about its creation and finally get to share it.

We want to thank our friend Chase Healey and American Solera for coming along with us on this crazy ride. The amount of miles, wort transfers, highway rest stops, patience, and long conversations that went into making this beer is quite silly really. It's an exercise in experimentation, wild inefficiency, friendship, and fun, which to us is what's best about craft beer.

Coolship Roadtrip will be released at Jester King at 4pm, Friday October 25th, 2019. It's 6.6% alcohol by volume, 32 IBU, 3.5 pH, and has a finishing gravity of 1.003 (0.8 Plato). It will be available by the glass and in bottles to go (375ml/$20). We have about 1,400 bottles available with a three bottle limit. Artwork by Josh Cockrell. Photos by Granger Coats. Slideshow below from the making of Coolship Roadtrip.