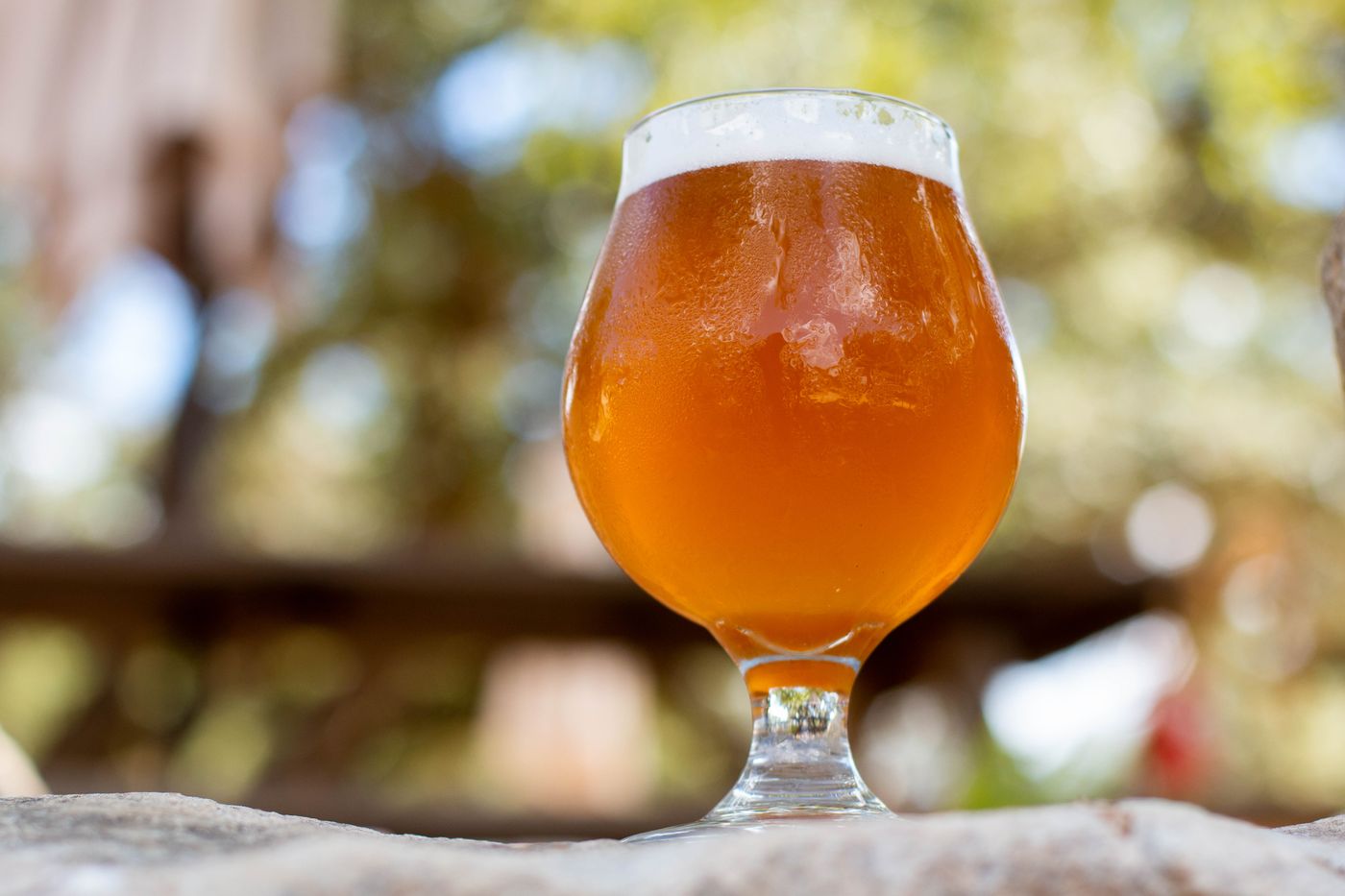 For several years now, we've been interested in seeing the impact that different microorganisms have on our beer. We had yet to experiment with the microbes contained in wine lees, but fortunately, The Brooklyn Brewery and Brewmaster Garrett Oliver served as inspiration. Garrett, as part of Brooklyn's Ghost Bottle series, ages beer on wine lees, thus producing some beautiful results and lessening the gap between wine and beer. We were intrigued by this technique, and wanted to pursue a similar concept with lees from one of favorite local wineries -- Southold Farm + Cellar. Garrett and Southold were happy to oblige, and last year we racked beer onto wine lees that originated from the 2018 Texas grape harvest. The lees came from a mix of varietals including Viognier, Tempranillo, and Chardonnay.

Three to Make Ready will be release today at Jester King when our tasting room and kitchen opens at 4pm. It is a draft only release (only available by the glass at our tasting room and kitchen). The beer is approximately 5.5% alcohol by volume, 3.4 pH, and has a finishing gravity of 1.000 (zero degrees Plato). We do not anticipate any distribution aside from the portion we sent to The Brooklyn Brewery.

We're grateful to have had the opportunity to partner with The Brooklyn Brewery and Southold Farm + Cellar. Not only have Brooklyn's beer and Garrett Oliver been major sources of inspiration for us over the years, their book "Beer School" was a blueprint for us in getting Jester King off the ground. Southold continues to be a great source of friendship, knowledge, and inspiration as they pursue their fantastic wines and embrace true Texas terroir. Cheers!