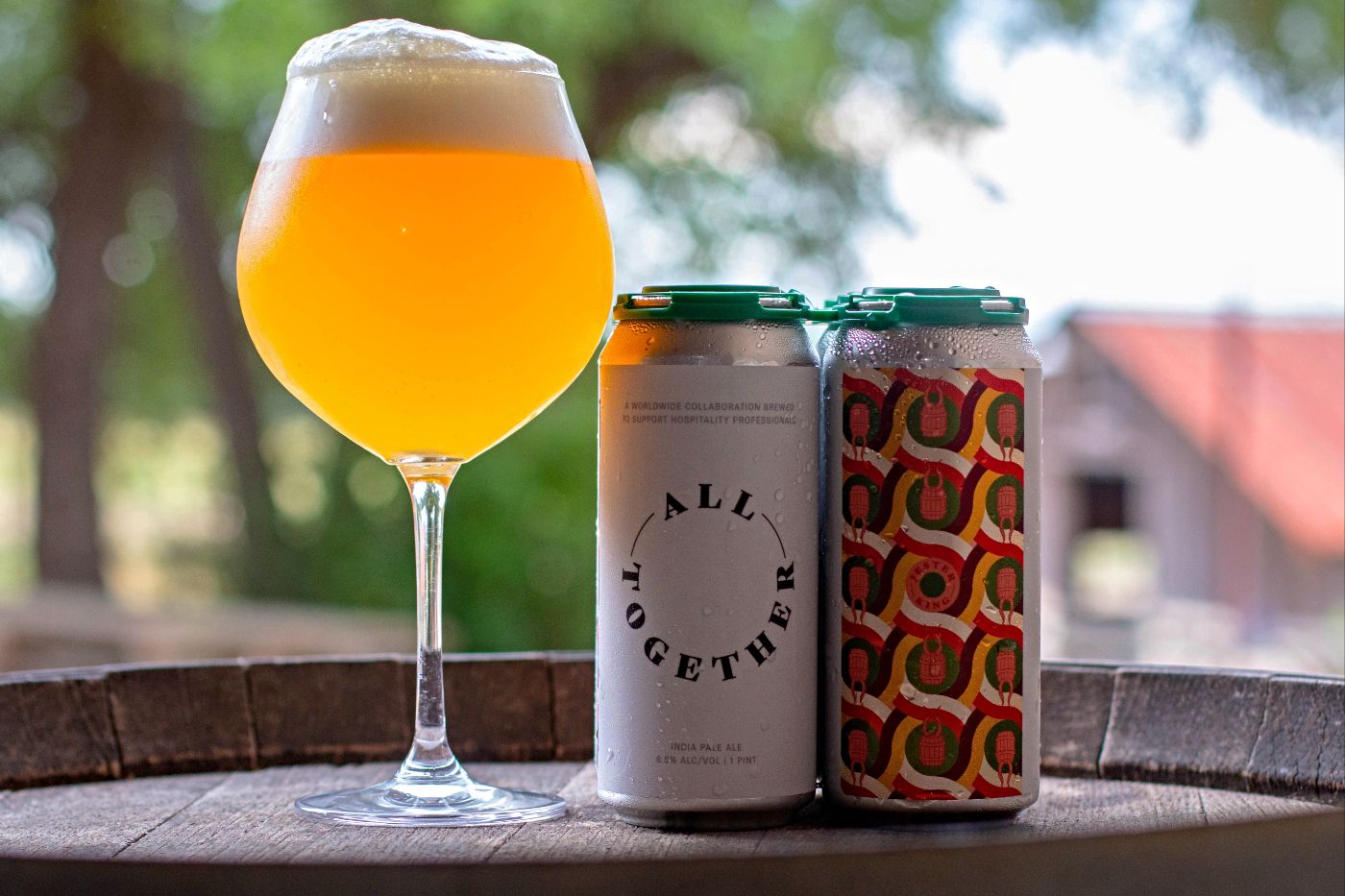 One of our core values at Jester King revolves around community concern -- a idea focused on educating, advocating for & showing hospitality toward our guests, our industry, and ourselves.

Noble Cause is our monthly initiative to support local charities and non-profits.

This program was founded in January 2019 to contribute to local organizations. Each month, for every full pour of a chosen beer we donate a portion of the revenue to an Austin area based non-for-profit organizations.

Since its launch, we have raised money for Casa Marianella, Integral Health Austin, Jolt, Hill Country Ride for AIDS, Urban Roots, AGE of Central Texas, and many more charitable organizations. Other organizations have included: 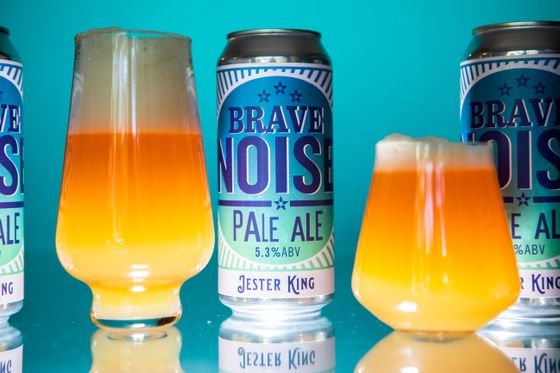 Brave Noise is "advocating for safe spaces and inclusive environments by requesting breweries be transparent with their policies and commit to long-term work." We're supportive of the Brave Noise movement and appreciative to Brienne Allan for sparking the movement earlier this year. 100% of the profit from our Brave Noise Pale Ale will be donated to the Safe Institute (part of the Safe Alliance) helping companies build safe, respectful workplaces. We're grateful to be able to help with Safe Institute's mission by our participation in Brave Noise. Here's a link to Jester King's Code of Conduct: https://jesterkingbrewery.com/code-of-conduct 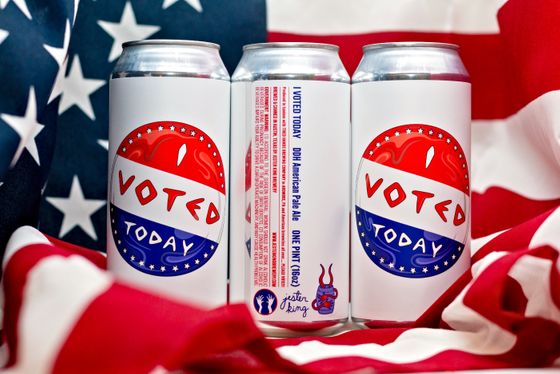 Today at Noon central we're releasing I Voted Today DDH American Pale Ale! Our I Voted Today beer is part of a nationwide voter awareness initiative led by Tired Hands Brewing Company in Ardmore, Pennsylvania. A portion of the proceeds from Jester King I Voted Today will go to Jolt Initiative, a non-partisan, non-profit, statewide organization in Texas working to increase the civic participation of Latinos to build a stronger democracy and ensure that everyone’s voice is heard. 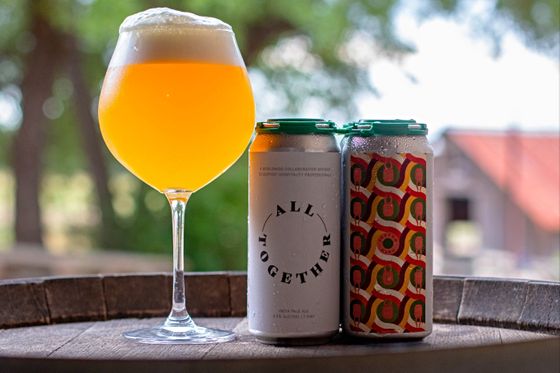 Today at Noon we're releasing All Together IPA! Brewed with local two row barley from Blacklands Malt, oats, wheat, and Mosaic and Cascade hops. Dry hopped twice at a rate of 3.4# per barrel with Citra, Mosaic, Cascade, Simcoe, Citra cryo, and Simcoe cryo. 6.6% ABV. We get guava, banana, and pungent tropical fruit with dank undertones.

All Together is a worldwide collaboration started by our friends at Other Half Brewing to support hospitality professionals during the COVID-19 pandemic. Two dollars from the sale of every four pack will go to support the Southern Smoke Foundation Emergency Relief Fund. Sixteen ounce X four pack cans of All Together IPA are $18. We have about 200 cases available. No can limit. Only at Jester King. 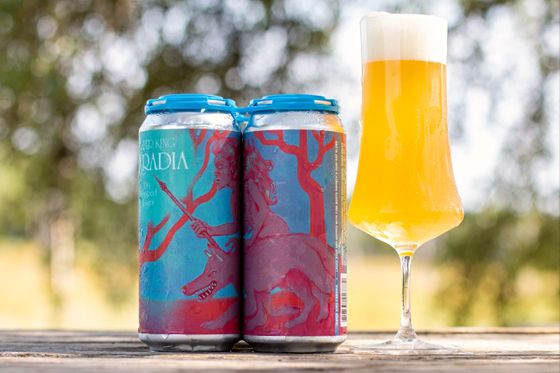 We're very excited to introduce L'Aradia -- lager beer dry hopped with a blend of Azacca, El Dorado, Idaho Gem and Loral made in partnership with the Pink Boots Society!

We brewed a soft pale wort with well water, Whitehorn Pilsner malt from Blacklands Malt, Hallertau Mittelfruh, and the Pink Boots Society hop blend. We fermented with a Czech lager strain from our friends at Community Cultures Yeast Lab in San Antonio and lagered the beer for six weeks before dry hopping. The dry hop with the Pink Boots Society blend lends a bright, floral, berry character to a soft, drinkable lager. Unfiltered, unpasteurized, 5.5% ABV.

The artwork for L'Aradia was created in-house by Jester King artist Katie Ross.

L'Aradia was created by the female members of Jester King and was brewed in March in celebration of International Women’s Day. Proceeds of the hop blend used in the beer fund the Pink Boots... 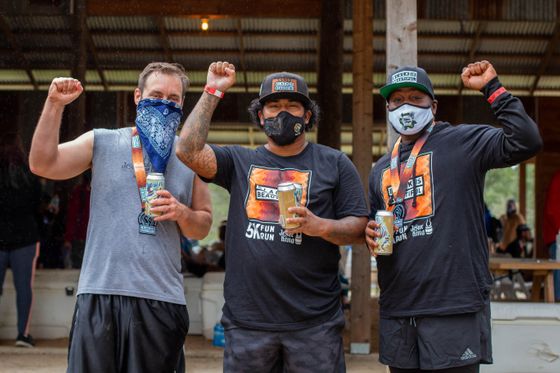 Nearly one hundred runners participated in the Black is Beautiful 5K Fun Run co-presented by Jester King, Beer Garden Run, and Marvis Dixon on Saturday, October 17th. In the interest of health and safety on our trails, masked runners took to the course in physically distanced waves of ten. Participants were encouraged to time themselves rather than compete against others. Check out the photo gallery by Granger Coats below for highlights, as well as Kim Dalbert's Instagram images of the event.

In conjunction with the Black is Beautiful 5K Fun Run, Jester King is hosting an online auction for various packaged experiences. Packages include a weekend stay at the Tipping T Inn, wine tasting for two at Jester King, run with our goats and more!

Check out the auction packages and bid online here through Saturday, October 24th -- the auction ends at 11 pm Eastern Time.

All proceeds from this auction benefit our event... 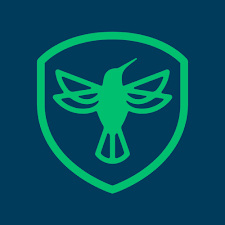