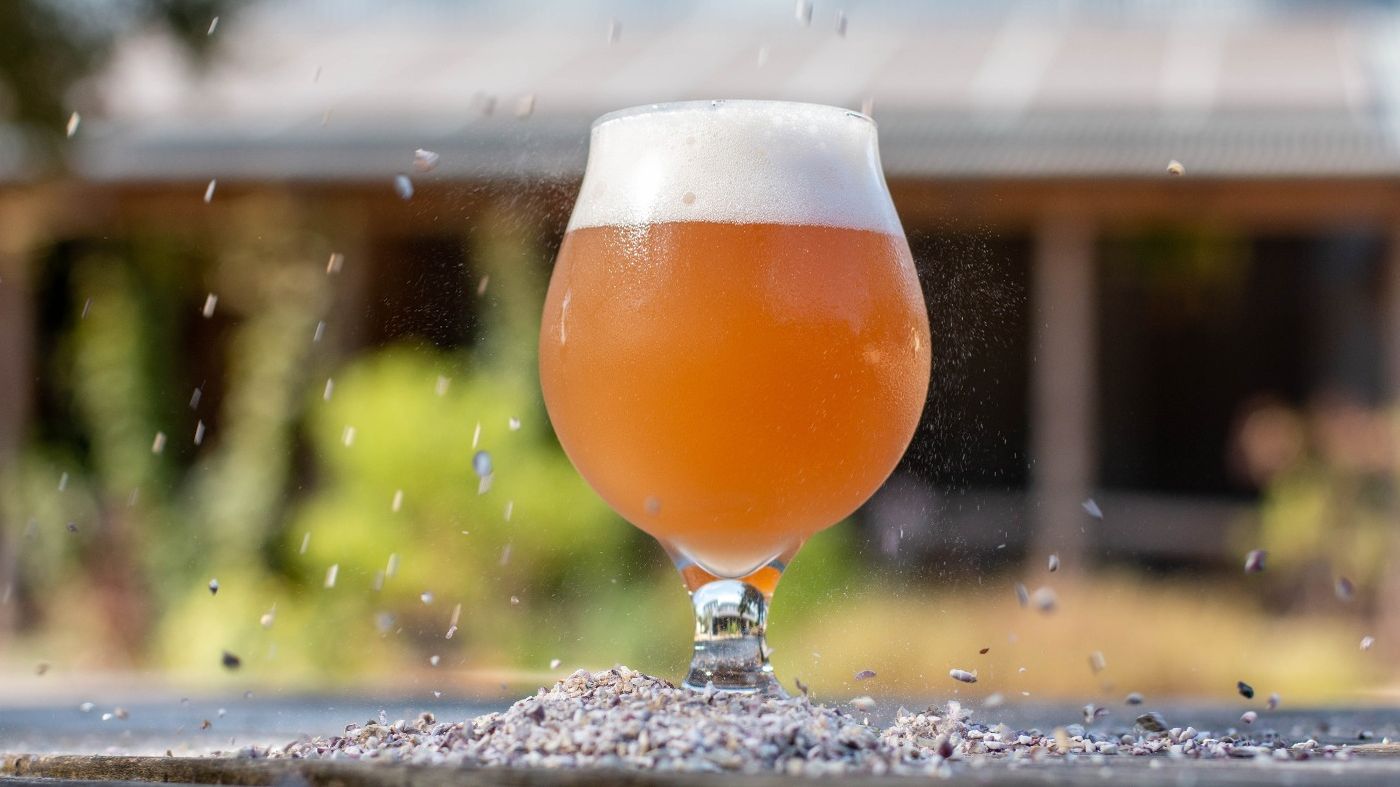 We are extremely excited to announce the release of our Tesguino inspired beer tomorrow Friday at 4pm when the Tasting Room and Kitchen opens. Tesguino is a beer made of malted corn and is native to an indigenous tribe of Mexico, the Tarahumara. The inspiration to make this beer came while reading Sandor Katz's "The Art of Fermentation," so, as home brewers at heart, we brought in a few homebrew kettles for this project back in June.

I first read about Tesguino in a book by the great Sandor Katz called “The Art of Fermentation”. It describes a beer made by the indigenous tribe of Mexico’s Sierra Madre Mountains, the Tarahumara. In the books it details the process of making Tesguino, a beer made entirely with malted corn, which is boiled for an extended period that sometimes goes for days. It is then fermented with wild yeast for a very short time before being served fresh at gatherings the Tarahumara call “Tesguinadas”.

What initially drew me to the beer was the idea of concentrating corn flavor during that long boil. As the water boils off, the corn is caramelizing in the kettle. While corn is certainly not a new ingredient in beer, it’s generally not one that is used for flavor. Typically, it is used to lighten the body of a beer, to make a beer crisper. It’s also used in small percentages, with barley being the bulk of the grain used. After reading Sandor’s section on Tesguino, I began to wonder what this concentrated, malted corn based beer must taste like and if it would be possible to make a beer at Jester King using a similar recipe and process.

So I began to research more about tesguino and the Tarahumara people, and what I learned was truly fascinating. Tesguino is not just the native beer, it is a way of life. It’s part of their religion, they’re every day. According to John G. Kennedy, author of “Tarahumara of the Sierra Madre”:

“Tesguino is of primary functional importance in the social organization and culture…it is the religious group, the economic group, the entertainment group, the group at which disputes are settled, marriages arranged, and deals completed.”

Kennedy’s book goes on to describe that to make tesguino, there must be a purpose. If any work needs to be done, whether it be farming, building homes, or any task where multiple people are needed, tesguino will be made as payment to all who help. It’s as simple as asking their peers “Would you like to drink tesguino tomorrow?”. Essentially, all that is needed to ask for help is the promise of a tesguinada. This was an amazing thing to find out, as there are many similarities between tesguino and the tradition of brewing farmhouse ale, or saison, which would have been brewed for the farm workers ("saisonniers”) of Wallonia. At these tesguinadas, all of the beer must be consumed before the party is over, due to the volatile nature of tesguino. Kennedy says,

“I observed that the Tarahumara etiquette of tesguino drinking requires that all adults present drink as much of the beer as possible. When a drinking gourd (capacity usually between a pint and a quart) is passed to a person, he is expected to drink it without hesitation. Rarely is a person allowed to refuse the obligation to drink.” “It would be unthinkable to allow the tesguino to spoil, even though as much as 50 gallons is often made. The rule requiring complete consumption of the beer is undoubtedly related to the high value of corn to the people, since it takes from two to three decalitros (20-20 liters) of the precious food for each olla of tesguino. Therefore, if the people present cannot finish the tesguino during the night, they sleep awhile and begin again.”

To make this beer, we started with malted blue corn from our friends at TexMalt in Fort Worth, Texas. We boiled the blue corn in multiple 15 gallon homebrew kettles. The kettles were very full of corn with only enough water to fill the spaces between the kernels. Very soon after mashing in a wonderful deep mauve color appeared. As the hours went by, the color started to deepen and darken. More water was added as it evaporated off. After almost 8 hours, we strained the corn and rinsed it to get a very low gravity of 1.021. We transferred the wort to a small 3 bbl tank and pitched our house mixed culture. The beer attenuated to complete dryness within a week. We were only able to make a few 50L kegs. The aroma is slightly smoky, with an unmistakable corn flavor. Highly carbonated and very pale, this is a nice thirst quencher for these tough August days.

Our Tesguino inspired beer has an ABV of 2.7%. It was brewed in June and kegged in early August. It will be released tomorrow Friday at 4pm when the Tasting Room and Kitchen opens. With a very limited quantity made, this beer was not bottled. It will be available by the glass only in our Tasting Room. 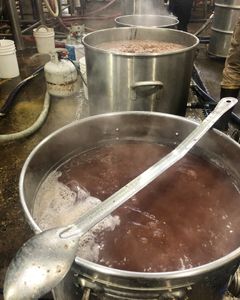 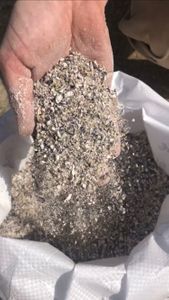 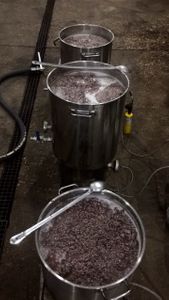 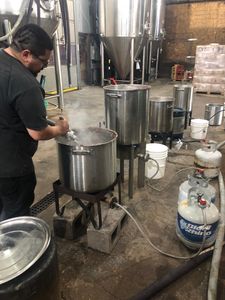