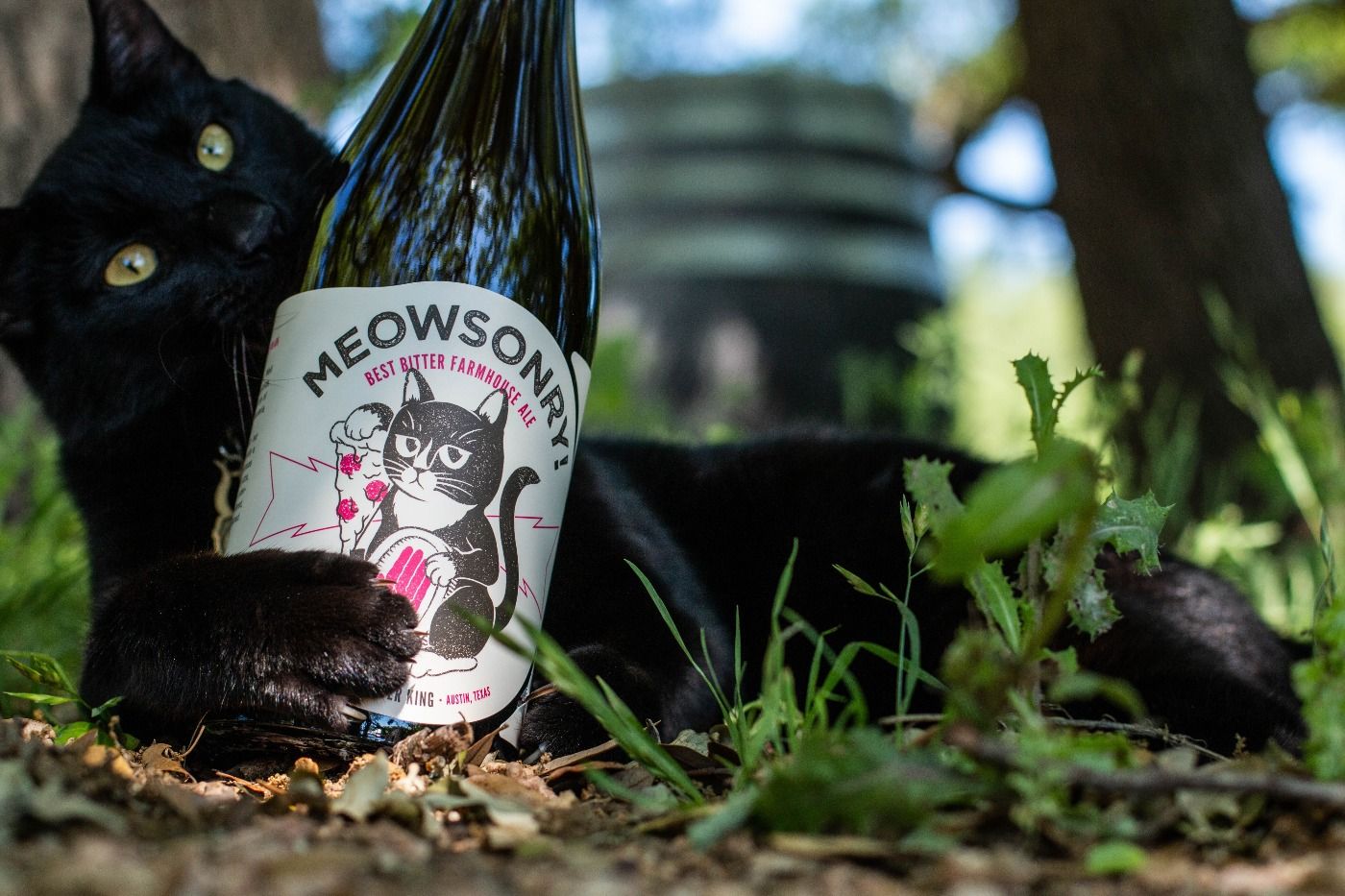 This Thursday we will be releasing our second batch of Meowsonry!, a best bitter farmhouse ale. Meowsonry Batch 1 was brewed with our friends at The Masonry in Seattle.

This was initially a nod to their 5 year anniversary and now continues as a celebration of our mutual love of pizza, cats, beer, and most importantly the underappreciated brewing styles of England.

Meowsonry Batch 2 was brewed in February with raw Hill Country water, Texas barley, flaked barley, hops, and our mixed culture of native yeast and bacteria. We then bottled and kegged in March.

Meowsonry will be released this Thursday when the Tasting Room & Kitchen opens. It will be available by the glass and in bottles to go (750mL/$13). There are around 1,800 bottles available with no bottle limit.

If you’ve been out to Jester King recently, you may have noticed a black cat or two roaming the property. We call these cats the Garys. Technically it’s Gary and Gherkin, but Big Gary and Little Gary also works. These two brothers and best of friends live at Jester King and bring some feline frivolity to the brewery. Photographed with the beer is Gherkin, aka Big Gary. So not to play favorites, we’ve added a few photos of Gary aka Little Gary. Make sure to give Gary (Big or Little) a snuggle or a scritchy scratch next time you see ‘em!