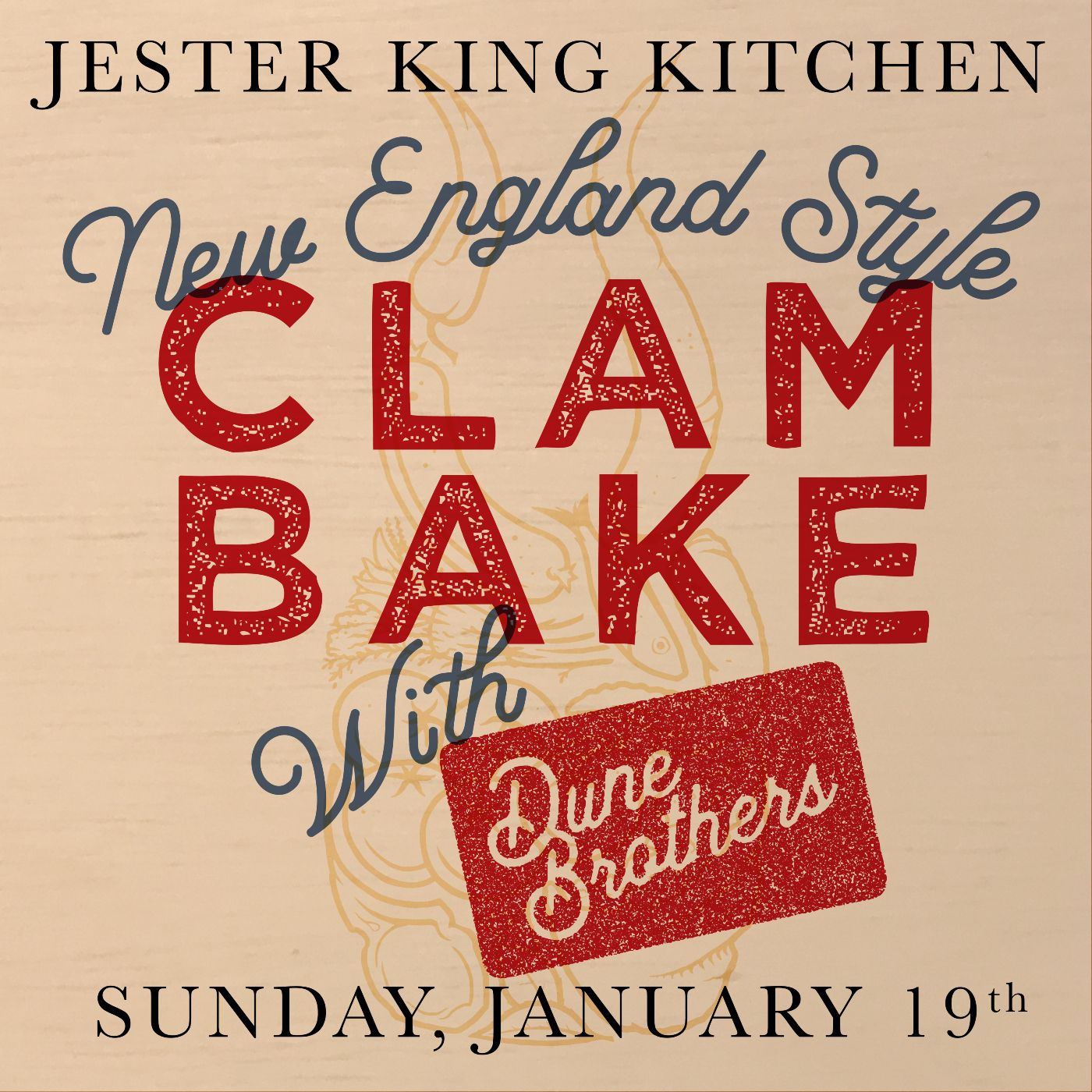 Here are the menu and pairings:

60 tickets are available. The tickets are all-inclusive and cost $70 per person (excluding ticket fees). Here's the link to tickets:

"We are happy to collaborate with our friends in New England to showcase sustainable, traceable seafood and to promote awareness of the health of shores. We are inspired to bring a New England style summer vibe to the third coast and illuminate the winter with Traditional & Non Traditional fare Inspired by gulf products and our shared homeland in New England. Cheers!"

Dune Brothers is the product of two long time friends who share the same passion for the food and culture of where they grew up in coastal New England. Owners Jason Hegedus and Nicholas Gillespie first thought of the concept while living in Portland, Oregon and reminiscing about the fish shacks that they would visit as children. After sharing memories about their childhoods spent on the beaches of Cape Cod and southern RI, Jason and Nicholas teamed up for a series of successful pop-up dinners featuring reimagined fish shack favorites. They quickly fell in love with the concept and knew that they had to share it with the public. The two decided to move back East and bring their ideas home to a place they are both passionate about. Combining years of kitchen experience and knowledge from renowned restaurants in Boston, New York, and Portland, OR, Dune Brothers brings a chef-driven, dock-to-dish approach to Rhode Island. Dune Brothers sources from the water and earth of New England, forging relationships with fishermen and farmers that are equally passionate about our coast. The goal is to create a stable market relationship between fishermen, chefs and consumers by creating awareness of our local fisheries with our food and the interactions at our tables. 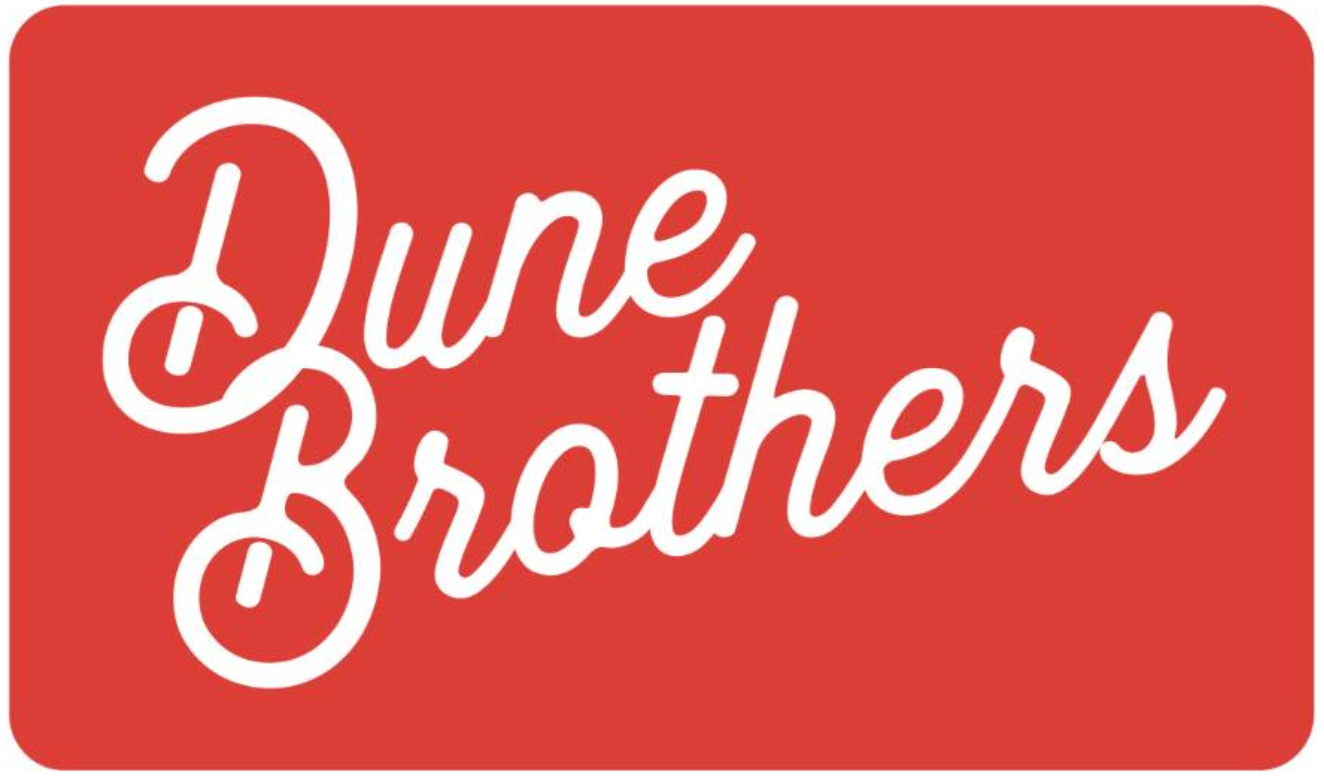 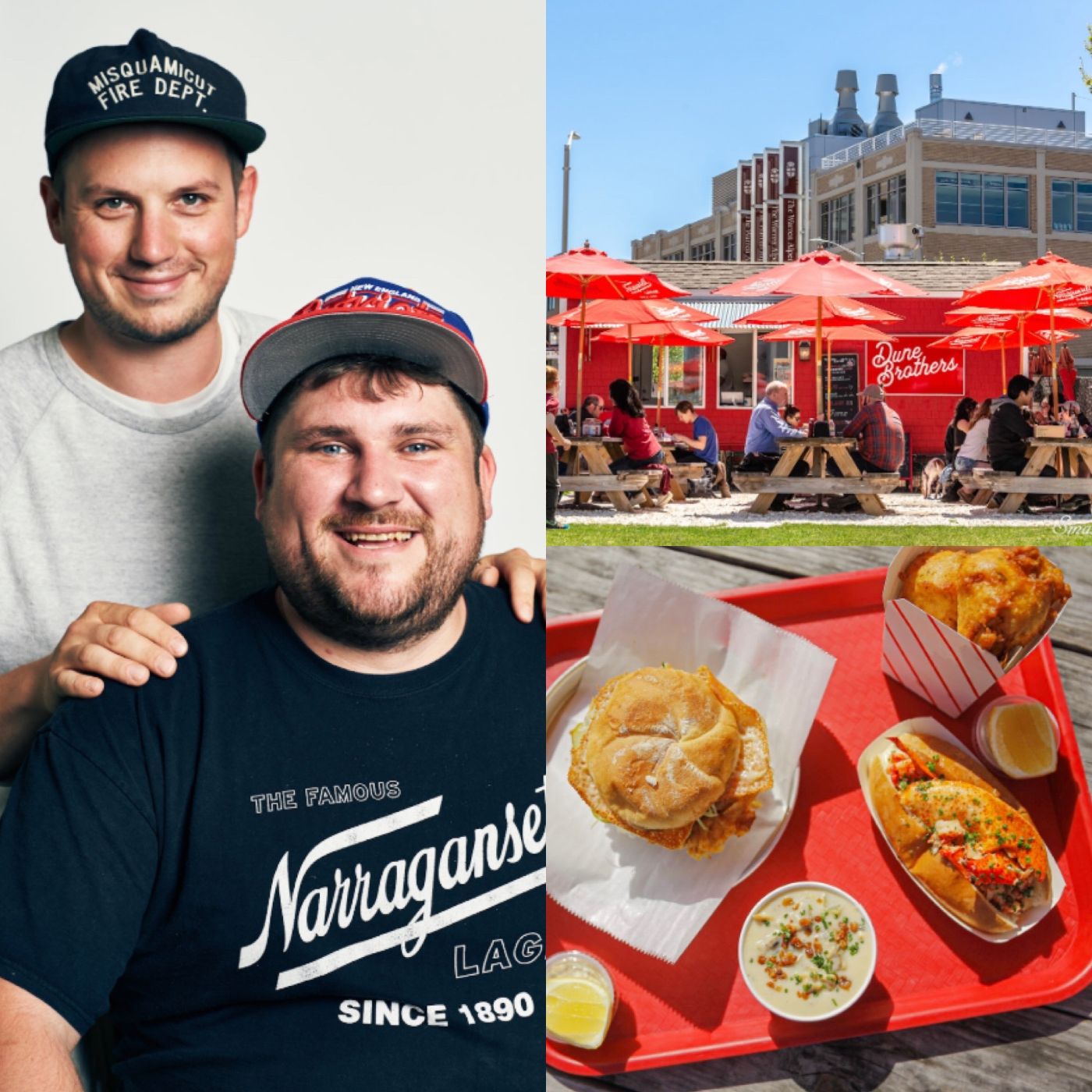