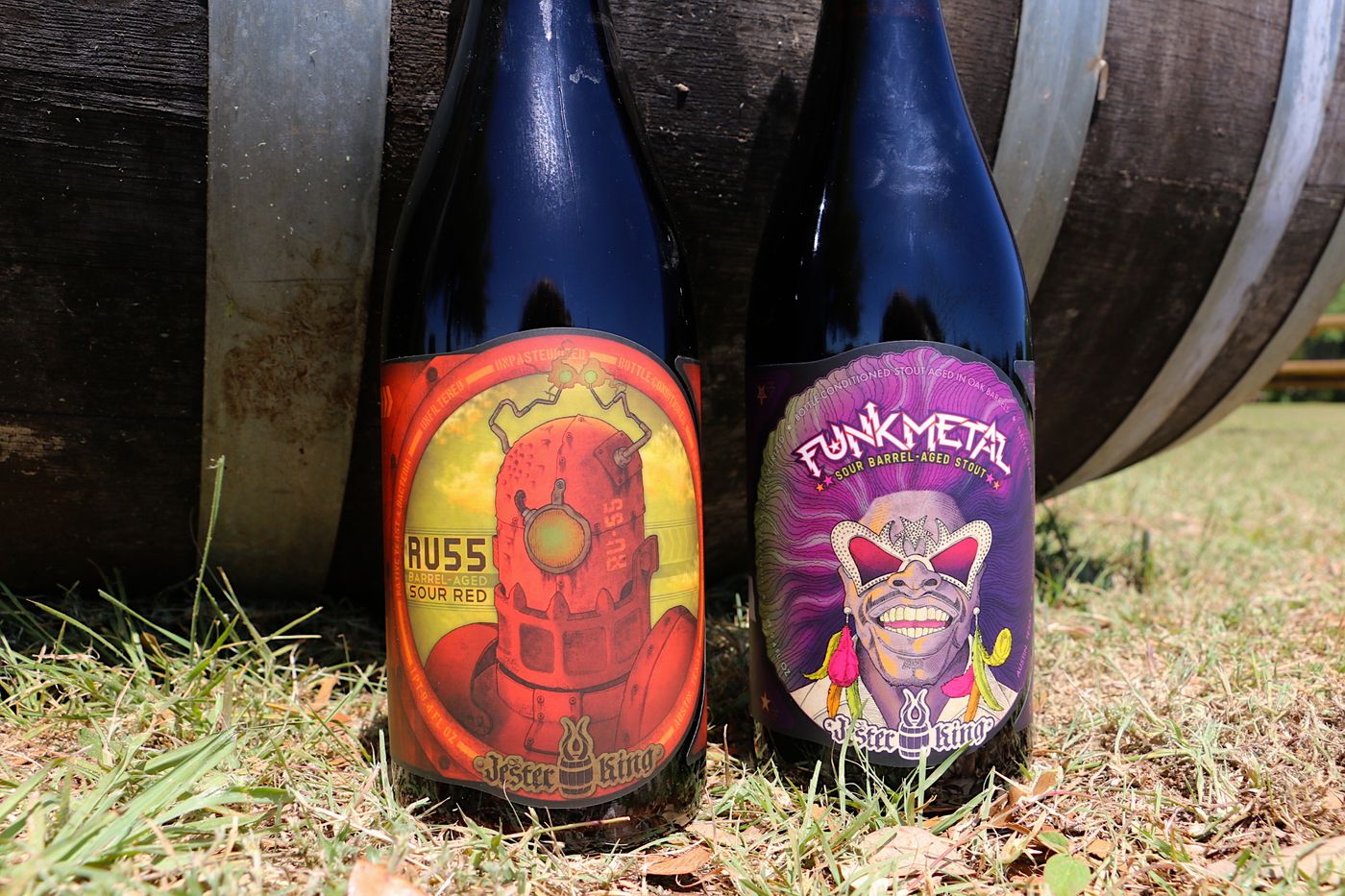 This Friday, we're very excited to release our first two barrel-aged blends of 2018 — RU55 and Funk Metal! Up until this point, all our barrel-aged releases in 2018 (like Abscission and Wanderflora) were blended last year.

RU55 is our barrel-aged sour red ale and Funk Metal is our barrel-aged sour stout. Both beers actually have a connection to the state of Michigan. RU55 is brewed in tribute to brewer Russ Beattie formerly of Dark Horse Brewing in Marshall, Michigan. Russ helped us get started and learn how to brew professionally. Funk Metal was inspired by Madrugada Obscura, which is of course brewed by Dexter, Michigan's Jolly Pumpkin. So thank you to the Great Lakes State for the help and inspiration!

RU55 and Funk Metal were both originally released back in 2012. This year's releases mark number 8 for RU55 and number 9 for Funk Metal. It's hard to believe we're closing in on 10 blends of each of these beers. It's also fun to reminisce about how both beers were pretty cutting edge when they first came out six years ago. An American brewer making sour red ales inspired by Flanders was pretty uncommon, and a barrel aged sour stout was pretty extreme for the time. Aside from Jolly Pumpkin's Madrugada Obscura and The Bruery's Tart of Darkness, we had never heard of the style before. Anyhow, it's interesting and fun to see how times have progressed and what was perhaps extreme is now sort of classic.