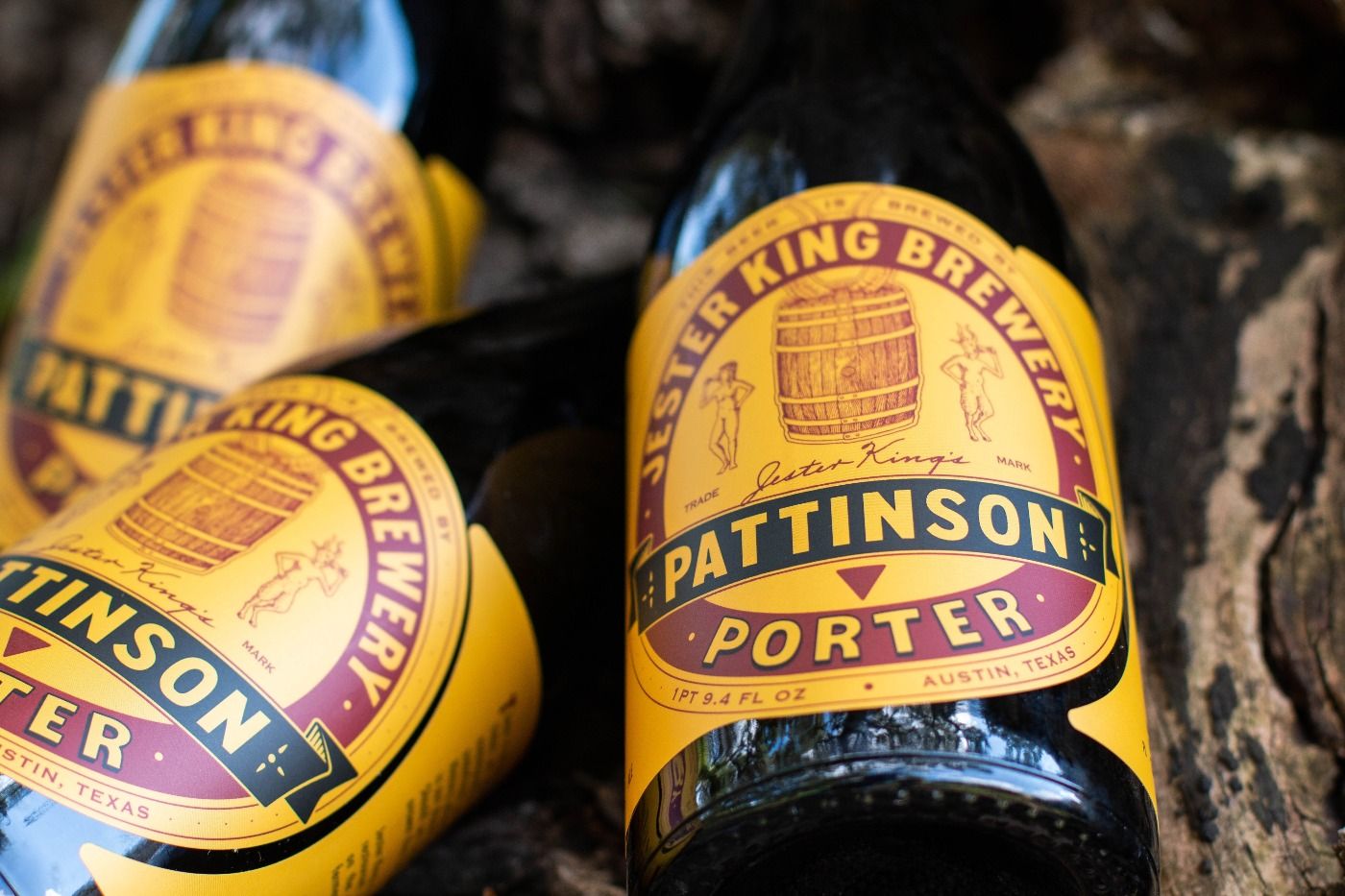 This Thursday at 4pm when the Tasting Room and Kitchen opens, we will release our collaboration beer with beer historian and writer Ron Pattinson, Pattinson Porter.

Ron Pattinson visited back in March to speak at the brewery and collaborate on a beer. He brought with him a rare historical recipe for an East German Porter from the early to mid 20th century. These porters were heavily toasted, highly hopped, and brettanomyces refermented. As a take on this recipe, we pitched our mixed culture which contains several strains of brettanomyces rather than refermenting with brettanomyces.

Pattinson Porter was brewed in March with Texas Hill Country well water, Weyermann Munich, Caramunich, Carafa III, Blacklands Brownfield, and Liberty hops. We then fermented the beer for a little over 6 weeks in stainless steel. We bottled and kegged this beer in May and let it condition in its vessel for an additional 11 weeks.

"Working with Ron Pattinson was a real honor for us at Jester King. He's someone we've looked up to for years and learned a lot about beer from. History can easily be lost forever, so we're grateful for Ron's effort to preserve it when it comes to beer. Ron is also one of the most entertaining and engaging people we know in the beer world, so it was a real pleasure to host him at Jester King, brew with him, and have him lecture on the history of sour beer in Germany."

With the release of Pattinson Porter, will have a limited amount of Feral Dampf available. Feral Dampf is our collaboration with Local Option back in 2016, inspired by a dampfbier, another rare, little known, and practically extinct German beer-style.

Pattinson Porter has an ABV of 8.4%. It will be available by the glass and in bottles-to-go ($13/750mL). Around 1,700 bottles are available with no bottle limit. We anticipate distribution of this beer.