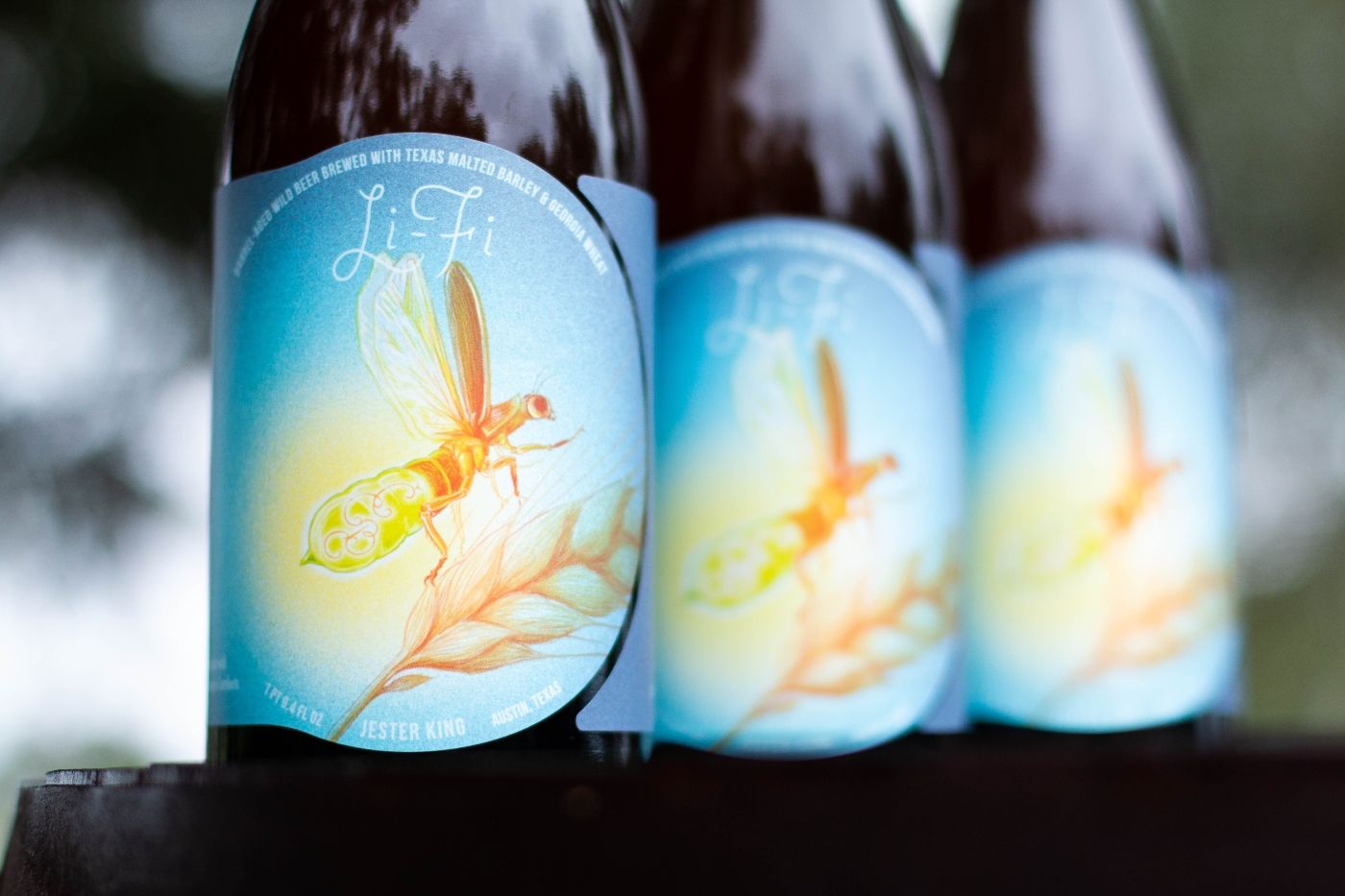 We're pleased to introduce Li-Fi -- a collaboration with Creature Comforts Brewing Co. in Athens, Georgia! Li-Fi is a 100% spontaneous fermented beer brewed with Texas malted barley and Georgia Dayspring wheat, barrel-aged for two and half years, dry hoped with Amarillo, and bottle conditioned for five months. Nearly three years of maturation went into what we believe is a truly elegant beer reflective of the terroir of Georgia and the Texas Hill Country.

Li-Fi was brewed in early 2017. We let the wort chill overnight in our coolship and collect wild yeast and bacteria from the air. The wort then 100% spontaneously fermented in oak barrels. We let the beer mature and develop refinement and complexity in oak for two and half years. After blending, a fresh dry hop with Amarillo was added prior to bottle conditioning. We then let the character of the hops transform in the presence of wild yeast as the beer naturally conditioned. Fresh citrus and floral character morphed into ripe fruit and funk.

Li-Fi goes on sale today at Jester King at 4pm! It will be available by the glass and in bottles to go. We have 804 bottles available (750ml/$28) with a bottle limit of four.

The artwork for Li-Fi is by Josh Cockrell. Here's Josh's inspiration for the art:

"The word Li-Fi involves communicating info via light. I was inspired by the Creature Comforts lightbulb logo and I also wanted to include a bug since Melissa at Creature Comforts specializes in illustrating them. So you've got yourself a firefly sending a hopeful signal off into the darkness to a potential partner."

We'd like to thank our long time friends at Creature Comforts for working with us! We've felt a great comradery and kinship with them for years and greatly admire them as brewers and people. 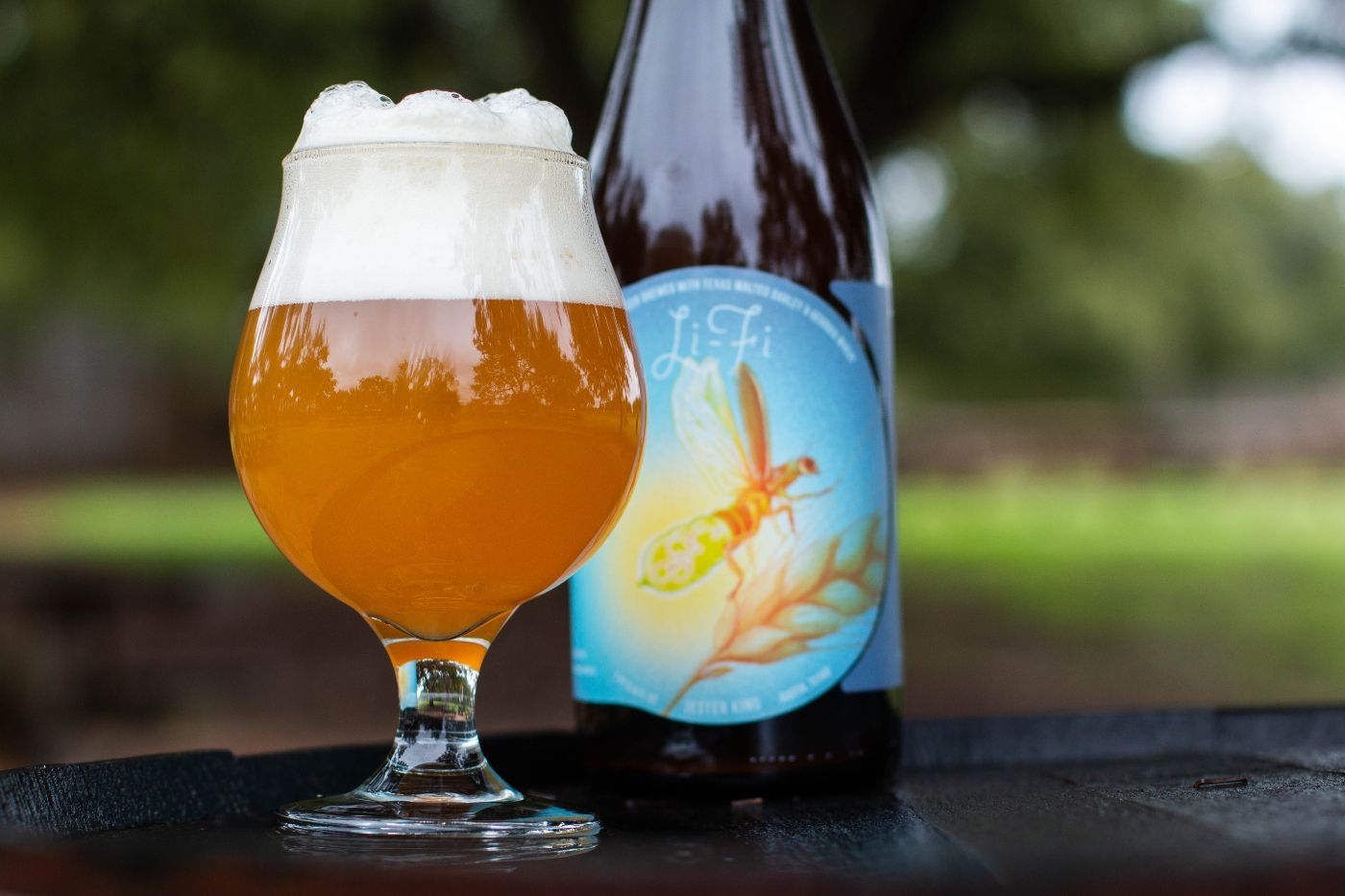 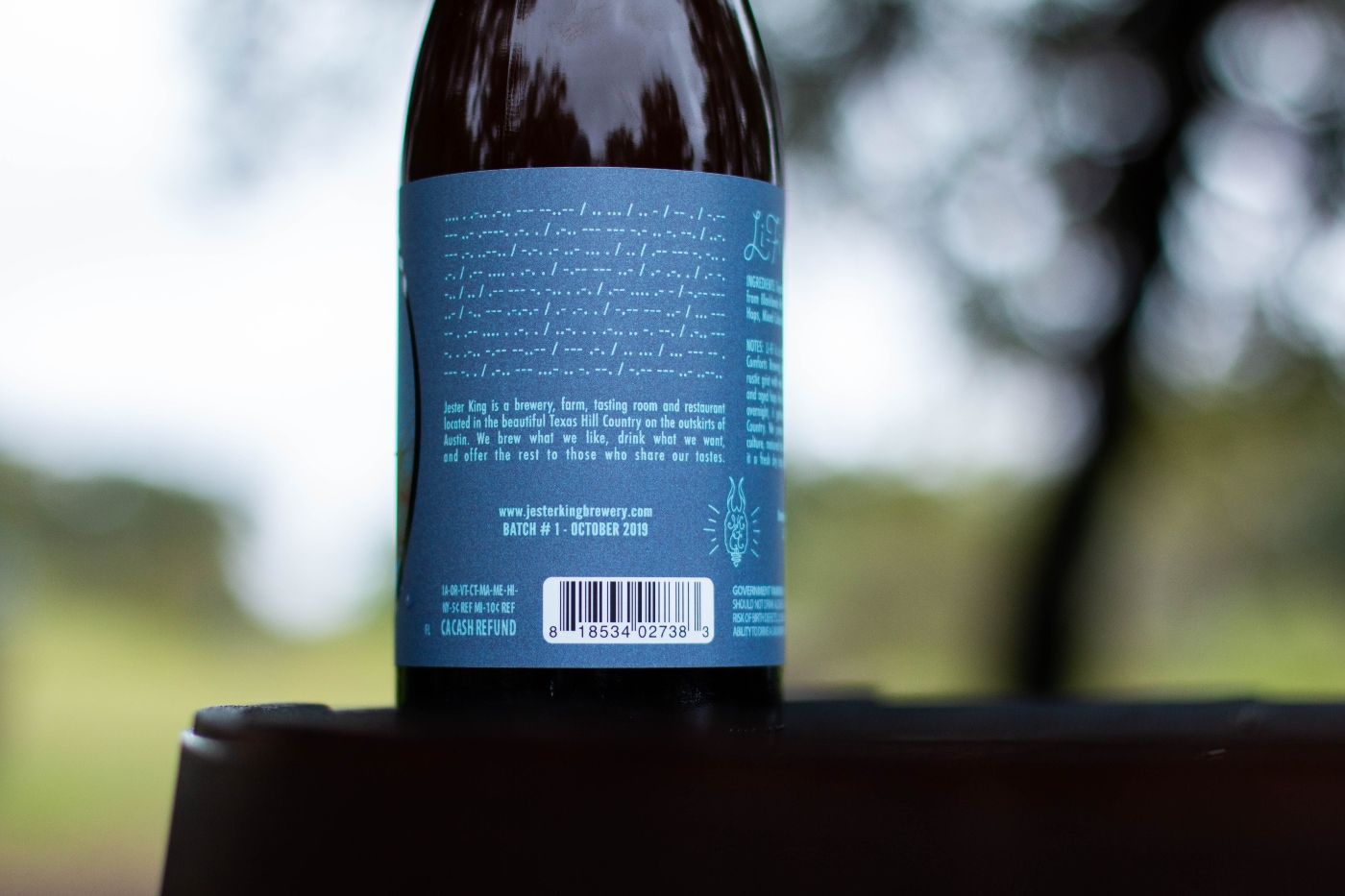