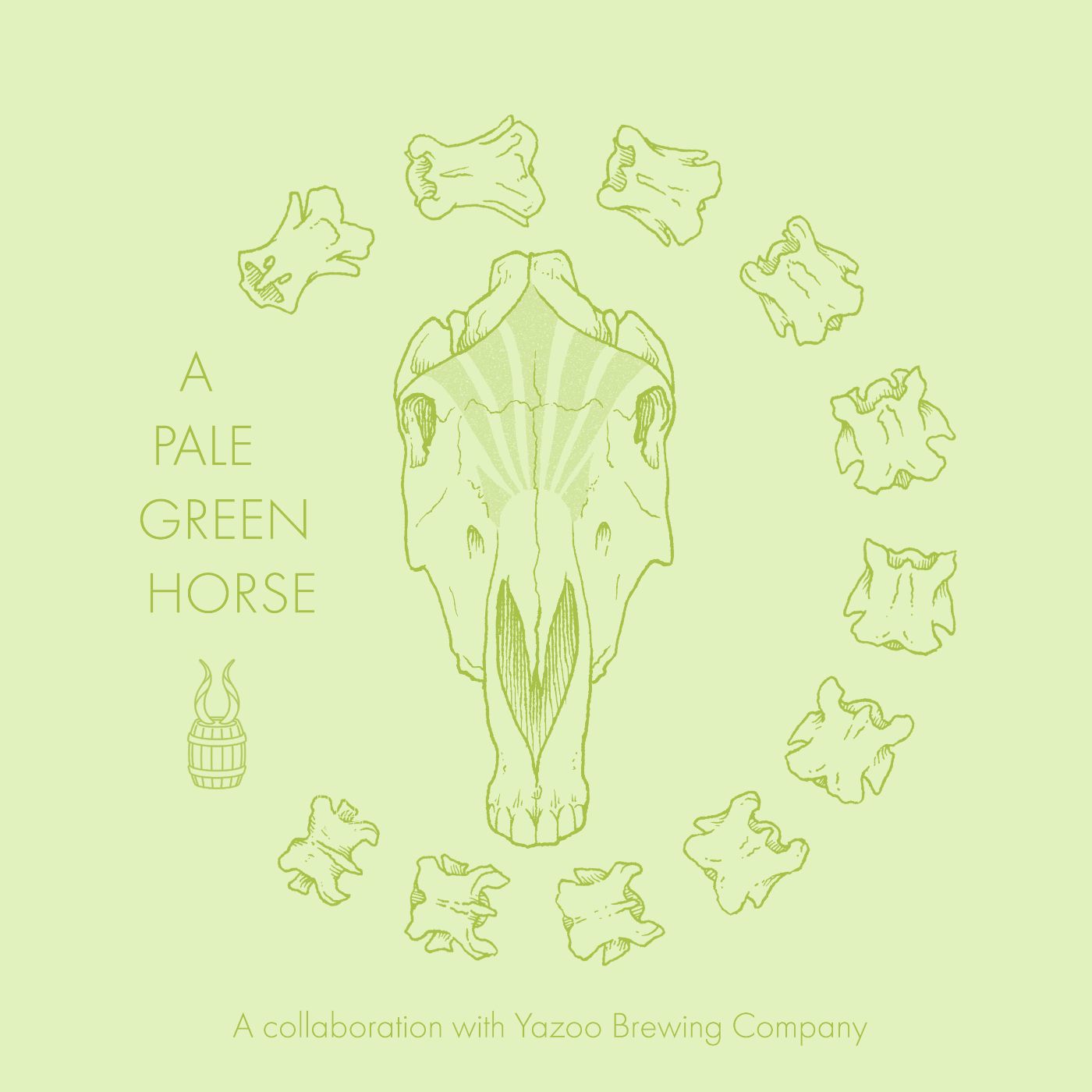 We brewed A Pale Green Horse with Brandon Jones of Yazoo when he visited us for Jester King SPON Day in early December. Brandon is a fan of the Hornindal Kveik yeast strain from Omega Yeast Labs, which we used for fermentation.

Our first batch of A Pale Green Horse is draft only and will be available by the glass at Jester King. It will be released when we open early at Noon today Thursday, January 2nd.

Below are some details / specs on A Pale Green Horse. We want to thank Brandon Jones for traveling from out of state of brew with us. As we've mentioned before, Brandon is a close friend and inspiration, and we're grateful to get to work with him.