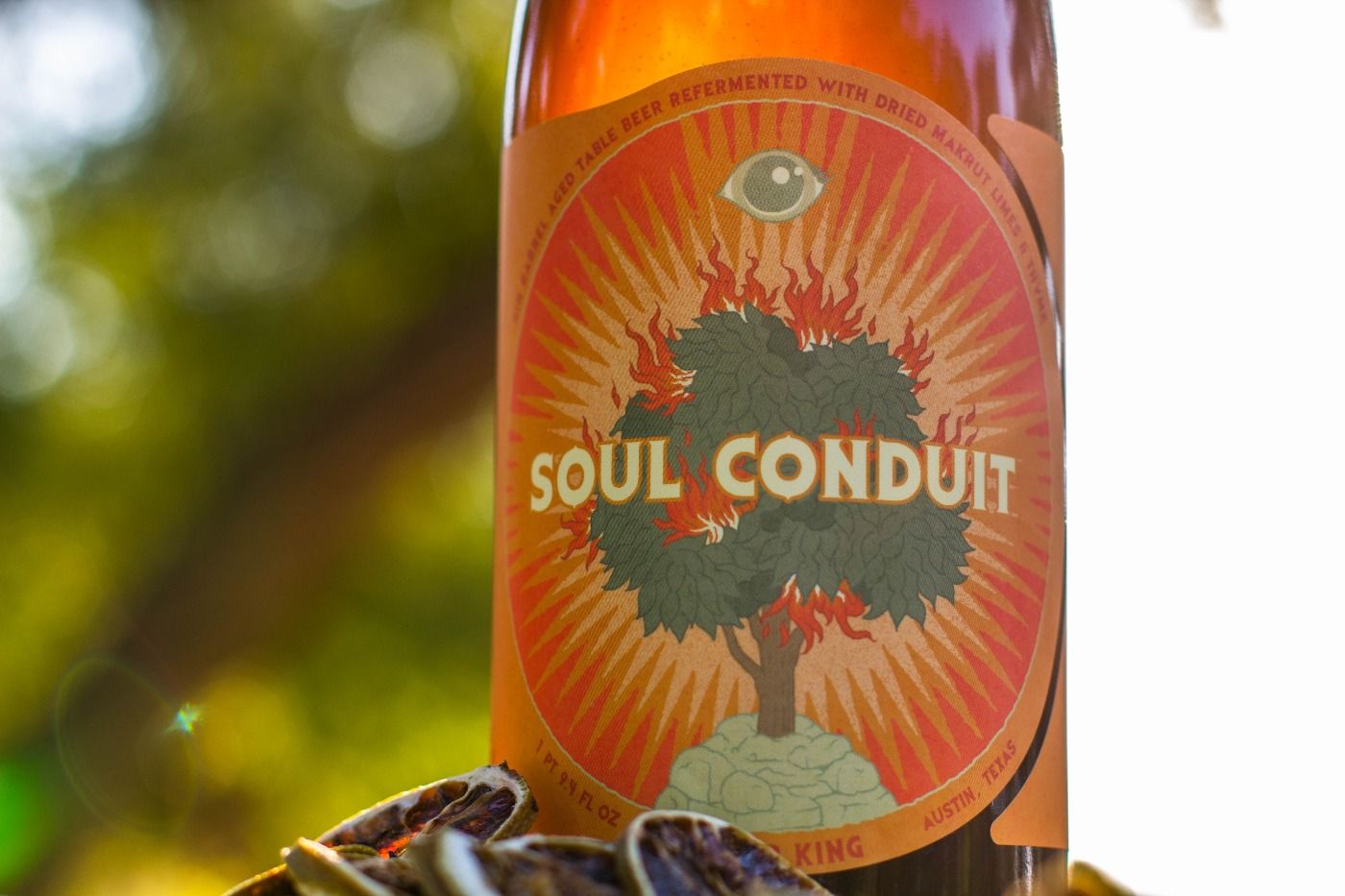 Soul Conduit began when our Head Brewer Averie Swanson decided to put our Le Petit Prince Farmhouse Table Beer into the Old Tom gin barrels that previously held Jester King Viking Metal. Averie writes, "I originally wanted to put Le Petit Prince into the gin barrels that were emptied for last year's Viking Metal, hoping the beer would pick up a bit of the smoke character left in the barrel, as a bit of an homage to Schlenkerla Helles." As the beer matured, Averie observed that not only did the beer pickup smokiness, but botanical character as well. "Over time the beer picked up not just the smoke but also quite a bit of the gin botanicals and has an awesome smokey fullness, juniper gin notes and a crazy tonic-like bitterness. Thus, the G&Teeter was born!"

Soul Conduit is 3.8% alcohol by volume and was bottled in June of 2018. The dried makrut limes came from River's End Nursery in Los Fresnos, TX. It will be released at our tasting room at 4pm on Friday, August 24th, and will be available by the glass and in bottles to go. We have about 2,300 bottles available (750ml/$13). There's no bottle limit. We are not certain at this point if Soul Conduit will see distribution beyond our tasting room, aside from special events. 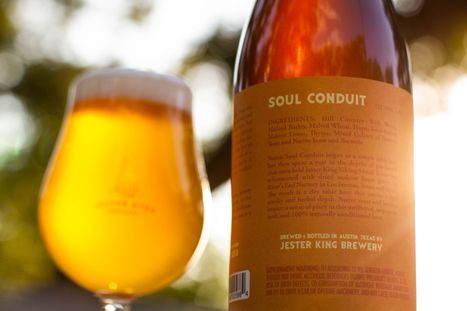 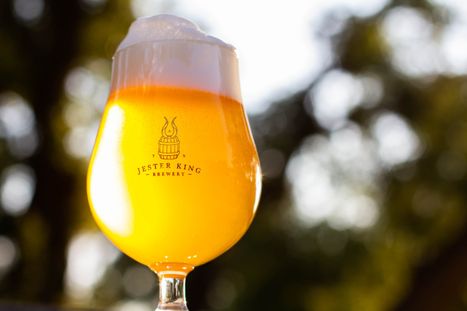 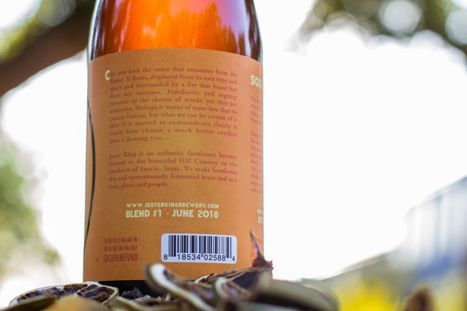