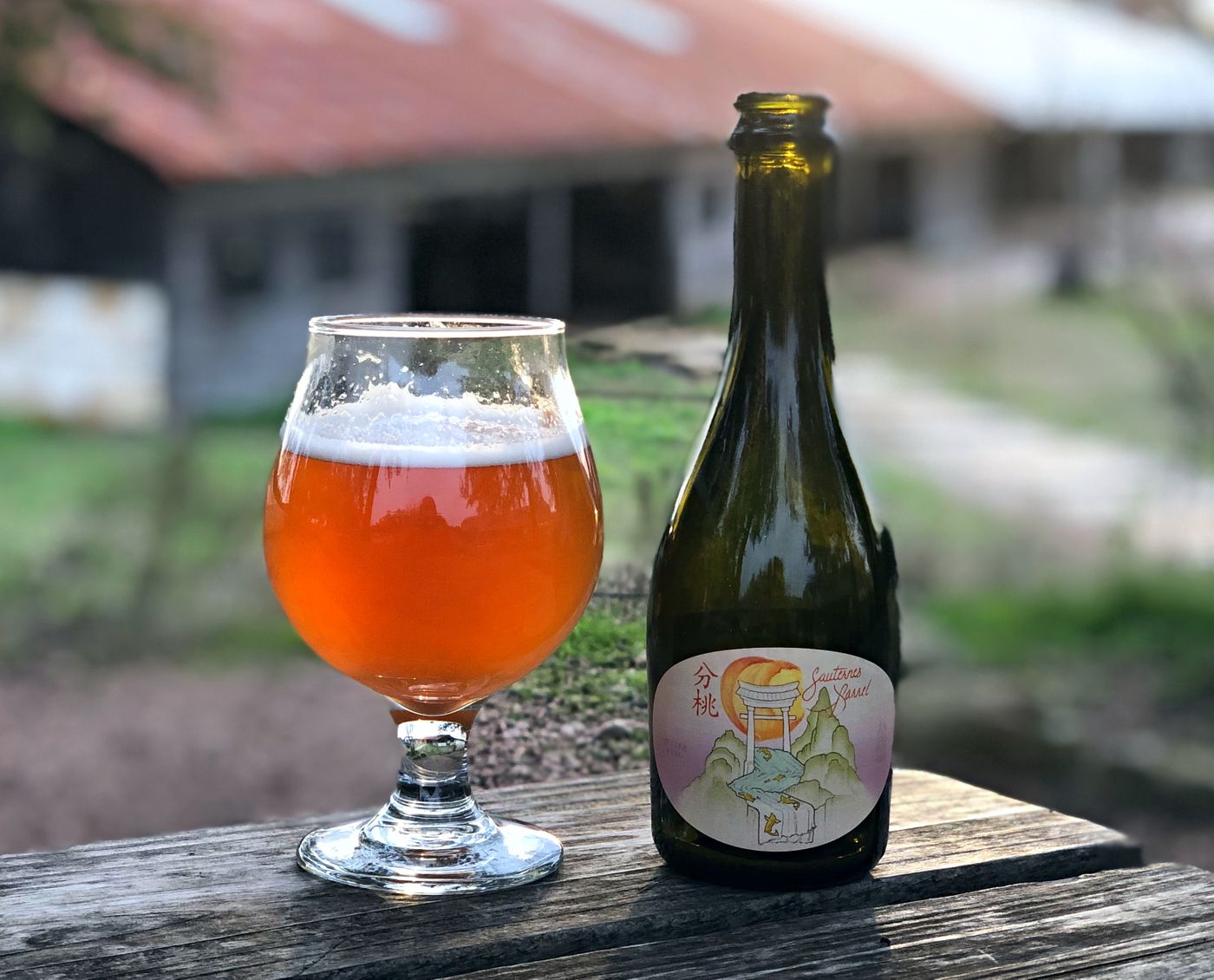 To make it, we took 2017 Fēn Táo (barrel-aged wild ale refermented with Texas peaches) and aged it for over a year in Sauternes barrels. It's the first fruit refermentation aged in special barrels that we've released in quite some time, so we're excited to share it with you!

If you're not familiar with Sauternes, it's a French wine made with grapes effected by noble rot, which causes them to become partially raisined. We enjoy the combination of sweetness, acidity, fruitiness and nuttiness from Sauternes and felt it would be a nice complement to Fēn Táo.

Sauternes Barrel 分 桃 (Fēn Táo) was packaged last November after long term aging. It's 5.2% ABV and 100% naturally conditioned in bottles. We have about 1,000 bottles available with a bottle limit of two (2) per customer per day. It will go on sale at Jester King on Friday, January 11th at 4pm when our tasting room and restaurant opens. It will only be available at bottles to go (330ml x $14). There's no draft available, and it will only be available at Jester King.

We hope you enjoy! Cheers!