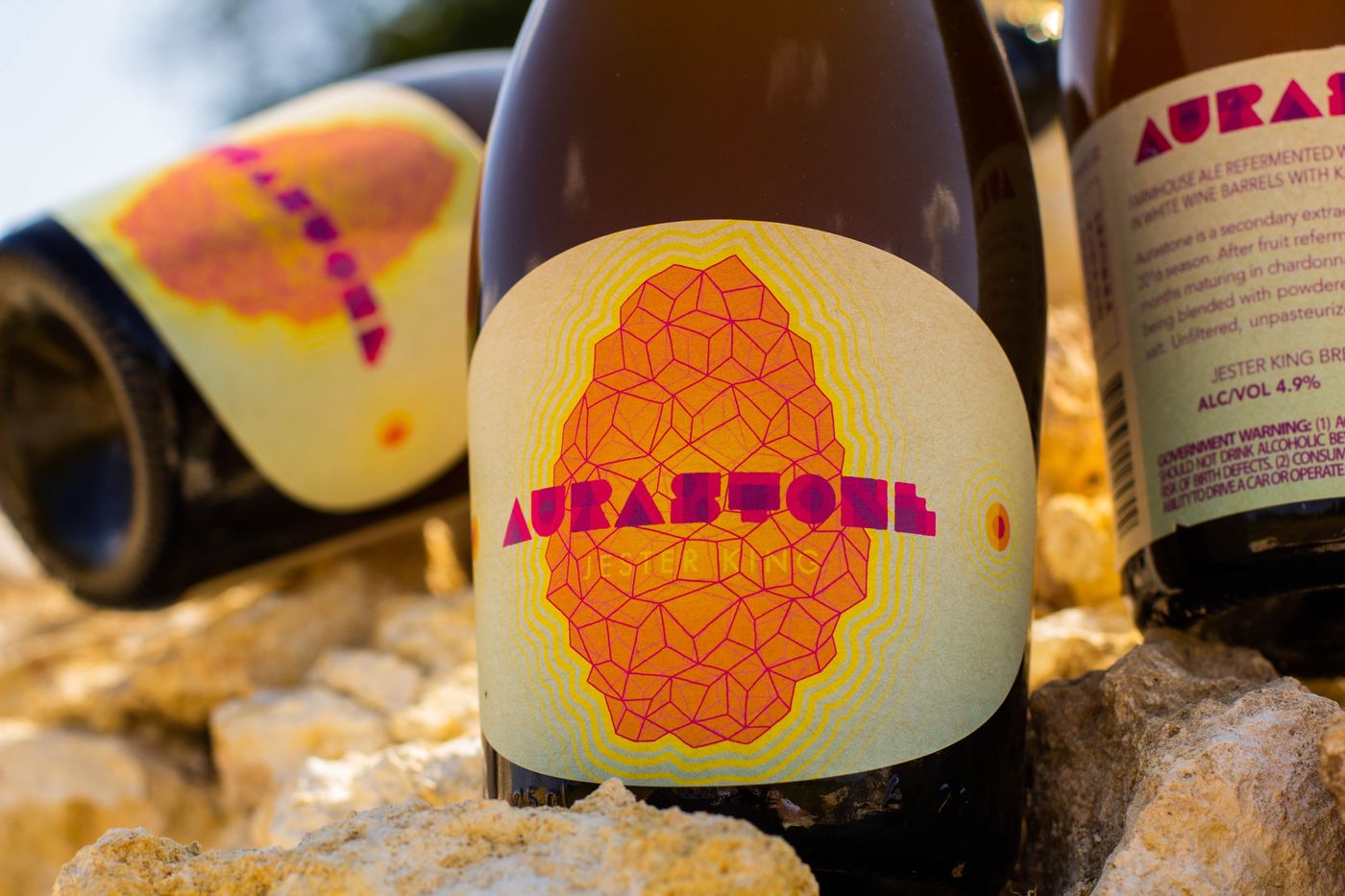 We're pleased to introduce Jester King Aurastone -- a beer brewed with a heavy amount of oats and spelt, refermented with peaches and apricots from 2016 分 桃 (Fēn Táo) and Aurelian Lure, aged in chardonnay and sauvignon blanc barrels for 18 months, and finished with powdered lime leaf and pink sea salt!

"Aurastone began as our first attempt at using spent stone fruit in beer, similar to our process with beers like La Vie en Rose and Detritivore. The fruit character in the resultant beer was subtle, and provided a nice canvas for the expression of the chardonnay and sauvignon blanc barrel character.

The finishing treatment was inspired by a dessert that I had at Emmer & Rye -- one of the best restaurants in Austin. Peach ice cream was finished with powdered lime leaf and pink sea salt. The light fruit character in the ice cream was given depth and length of flavor by the salt and lime. Our spent peach/apricot barrel stock came to mind immediately, and I wanted to try a similar finishing treatment. The beer turned out really nice with peach/apricot upfront and lime leaf and salt in the background but still present." 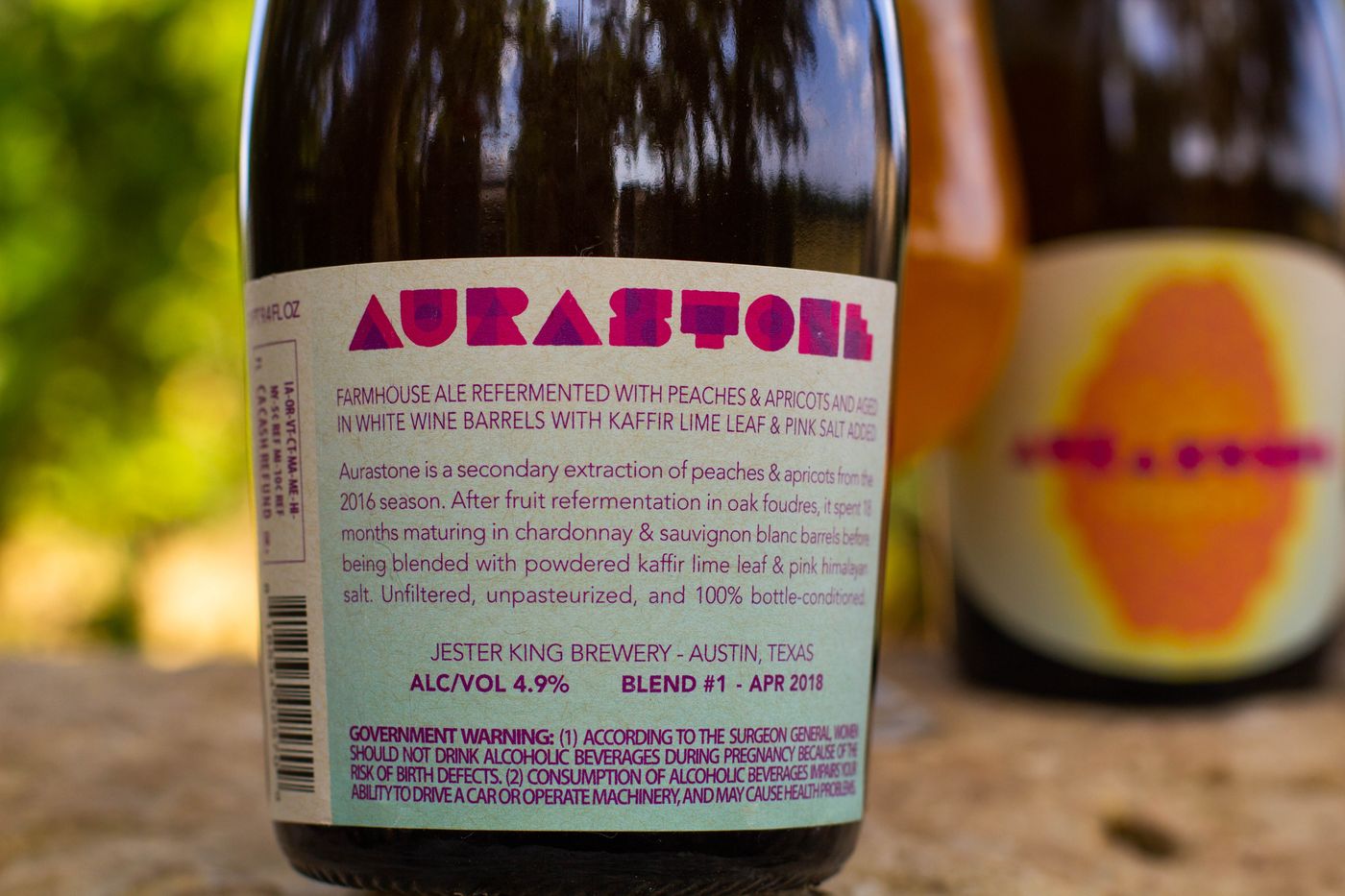 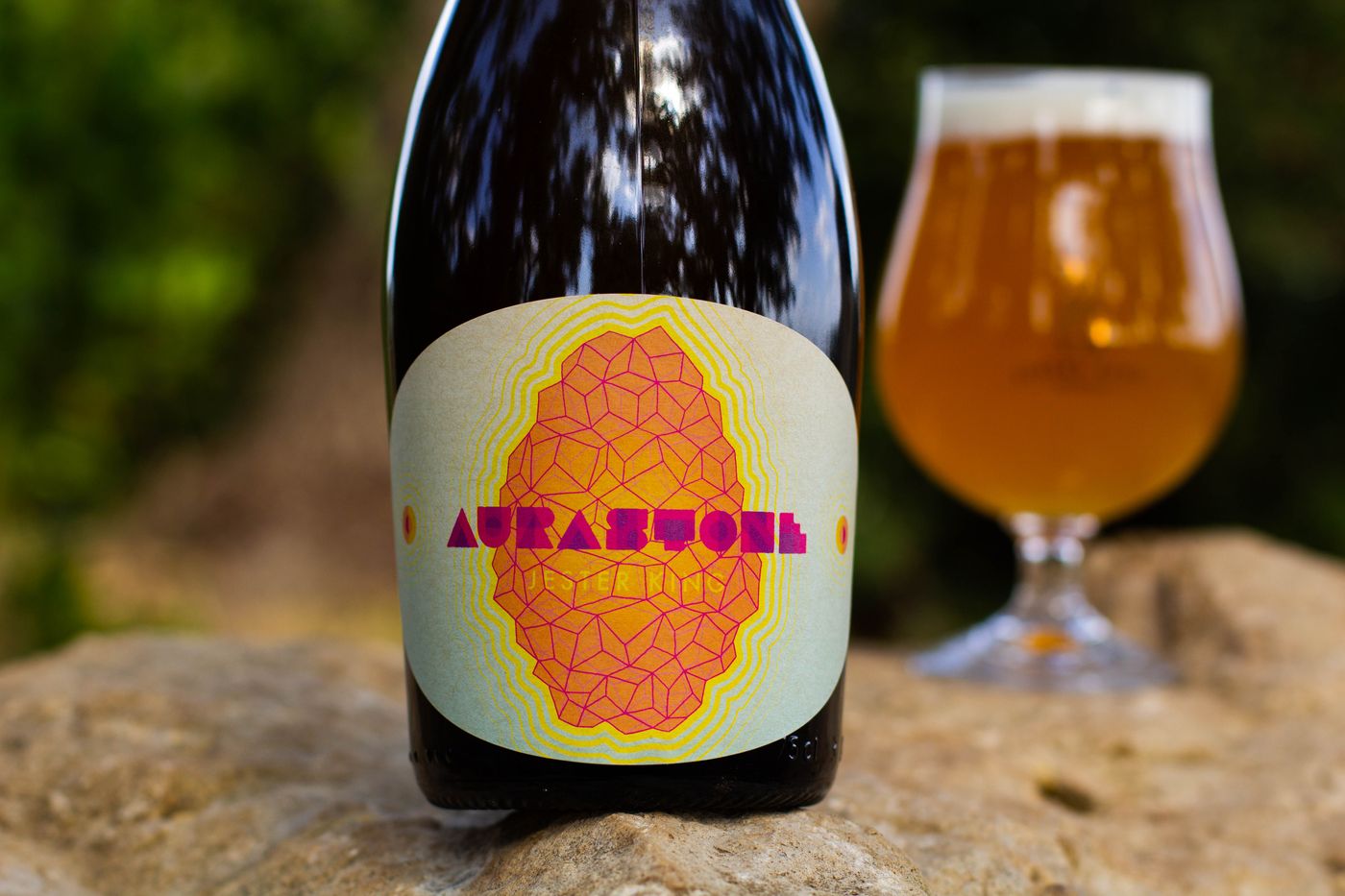