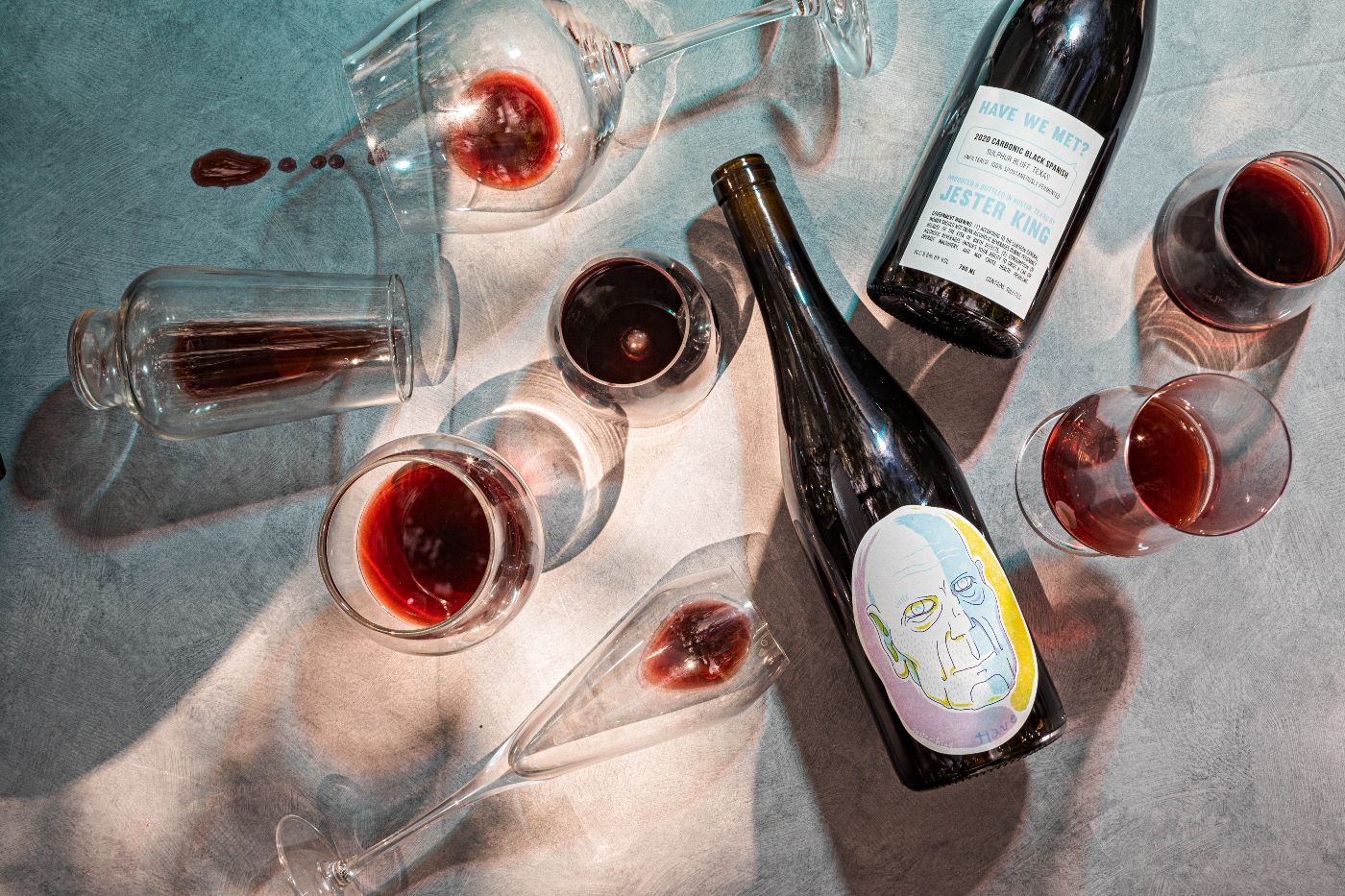 We're very excited to announce the release of the first-ever wine we made at Jester King! -- Have We Met? – 2020 Carbonic Black Spanish!

Winemaking is something we've taken great inspiration from for several years. The process behind making wild and spontaneous beers – fruit refermentation, barrel aging, blending, etc. – is related to winemaking. It's related so much that we've felt a kinship with our local winemakers in central Texas, and we're grateful to call several of them friends. Winemaking felt like a natural extension of the way we make beer at Jester King, and it's something we've aspired to do for some time.

We began with the 2020 harvest. We sourced grapes from Sulphur Bluff, Texas, located east of Dallas. The vineyard soil is limestone, like we have at our own nascent vineyard at Jester King. The grapes were grown by Felipe Sanchez. We sourced several varieties from the 2020 harvest, and began making wine last July.

One of the wines we made (our first ever release) is our 2020 Carbonic Black Spanish. We used 100% Black Spanish grapes, also known as Lenoir. Black Spanish is a grape we've used before in beer making (Biere de Lenoir). We discovered it by drinking one of our favorite Texas wines -- Troubadour from La Cruz de Comal in Canyon Lake, Texas. It's a thick-skinned, hearty grape, resistant to Pierce's Disease, and capable of withstanding the Texas summer heat. It's a very earthy, spicy grape with (as the name implies) a dark, almost black color.

Process-wise, our 2020 Black Spanish underwent carbonic maceration. We sealed the grapes in a stainless steel tank and allowed them to burst from the inside out under the CO2 pressure from fermentation. The primary fermentation was 100% spontaneous, with just the indigenous yeast on the skin of the grapes. After carbonic maceration, we racked the wine to neutral oak barrels for maturation. We then blended and bottled earlier this year. We were on the fence about adding any sulfites to arrest fermentation at the time of bottling. Ultimately, unsure of how the wine would progress in the bottle, and it being our first wine, we opted for a low ratio of sulfites at packaging. With the knowledge and confidence we've gained from our first year of winemaking, don't feel a need to add sulfites heading into the 2021 harvest.

Have We Met? – 2020 Carbonic Black Spanish is 9.8% abv and was packaged in 750ml bottles. It will be available exclusively onsite at Jester King by the glass and in bottles (for onsite consumption). Given the low bottle count (180), we're not offering any bottles to go. Bottles are $28.

Be on the lookout for more Jester King wine releases from the 2020 harvest! Winemaking is something we're taking very seriously and deliberately. It will be a small but important part of our portfolio going forward. Props to our Production Team at Jester King for pivoting to make wine in addition to beer!

The art for Have We Met? – 2020 Carbonic Black Spanish is by Joshua Cockrell. Photography by Jessica Attie. 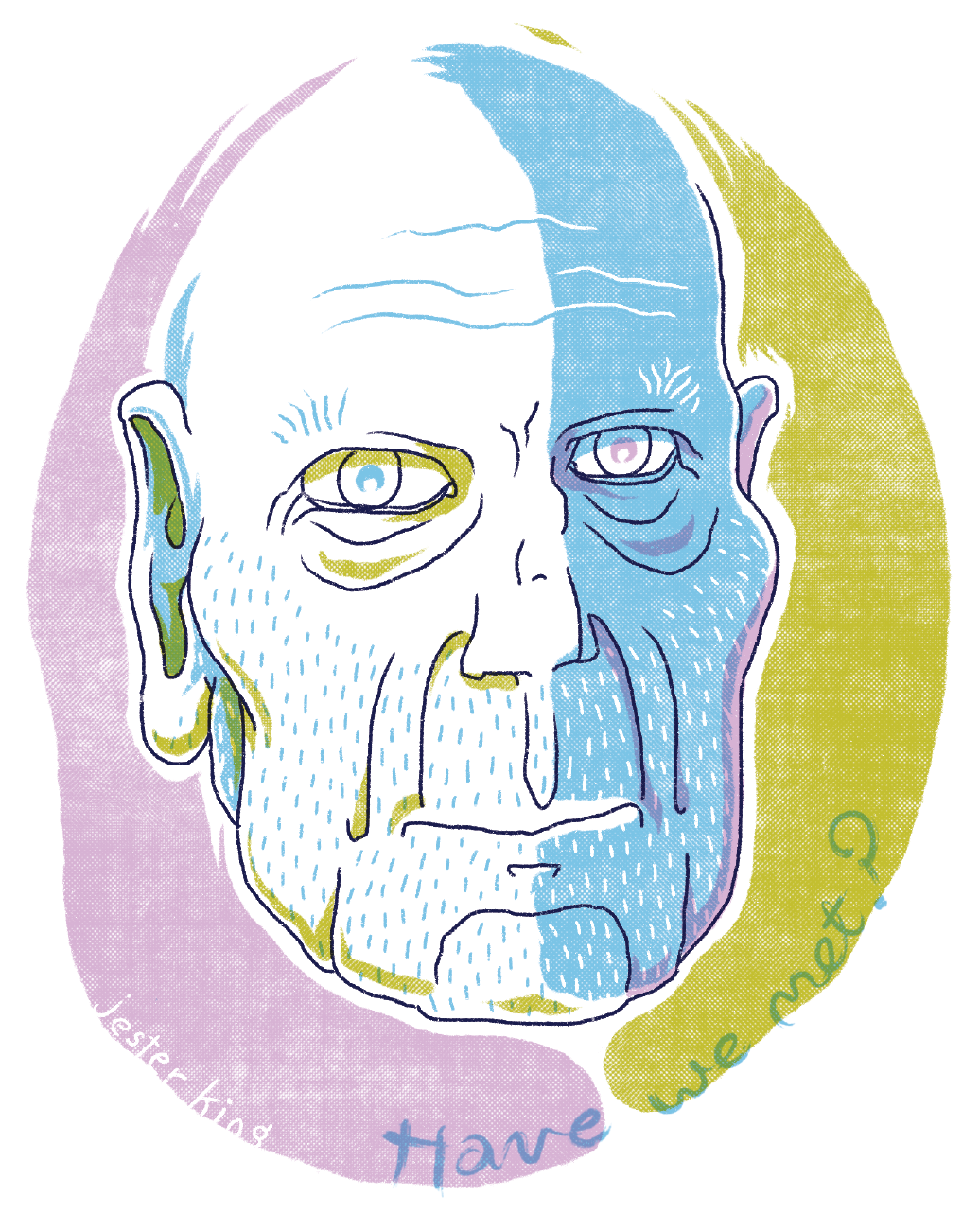