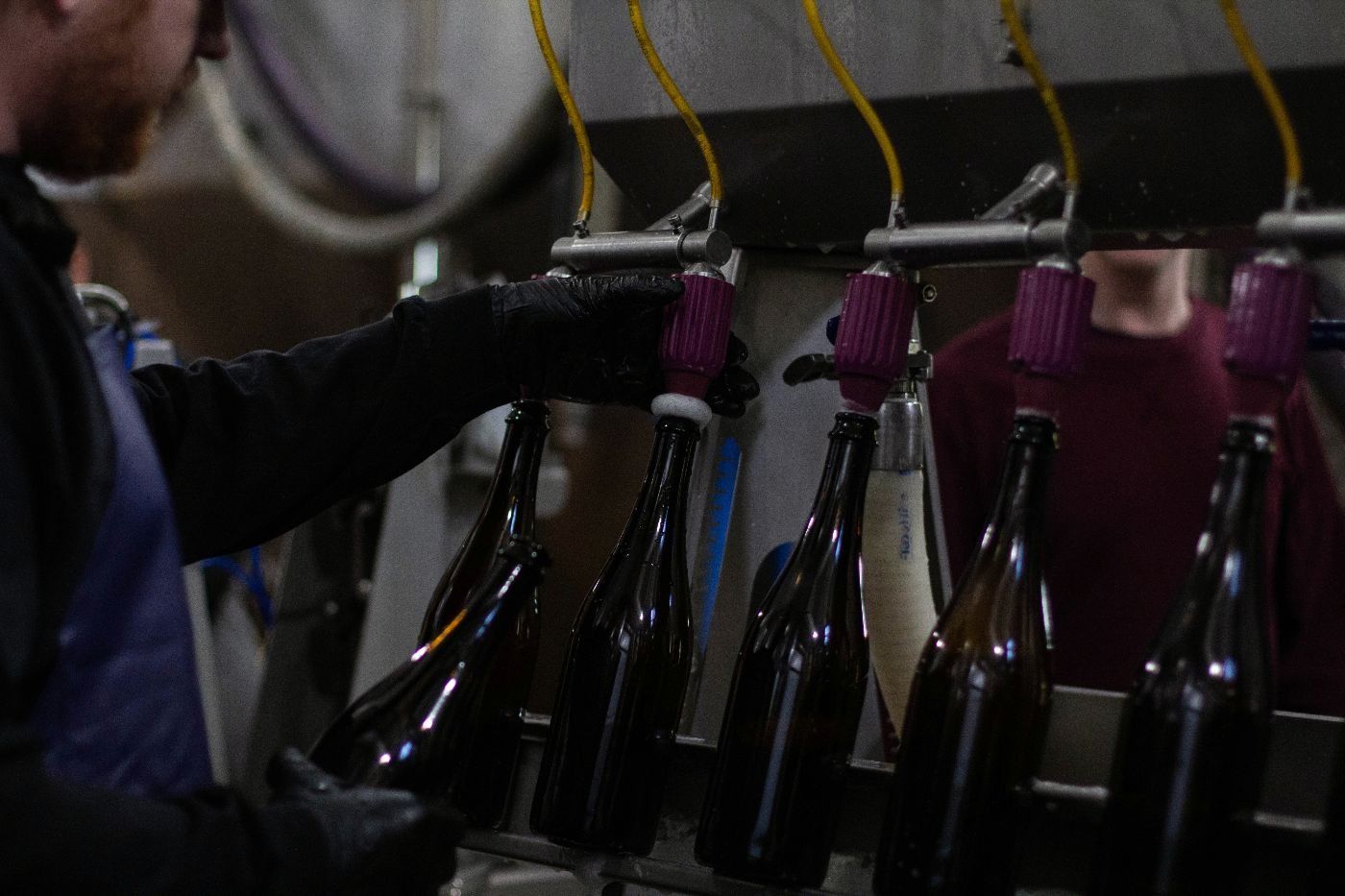 In the spirit of Valentine’s Day, we'd like to take a moment to highlight the special love and attention given to our beer by our amazing hand bottling team.

A necessary task in producing beer is moving the beer to its vessel – in our instance, bottling the beer. The norm in the brewing industry is to replace this process with automation. The norm in really any manufacturing industry is to move to automation wherever possible. Instead of using automation for bottling at Jester King, we have a small crew of 6 folks who hand bottle every single beer that we make.

To bottle, we use a gravity-fed bottle filler similar to what a winery would use and bottle around 2 times per week. A bottling day can take anywhere between 4 to 10 hours depending on the beer and the volume of beer to bottle.

Our beer varies quite a bit and we enthusiastically embrace these inconsistencies because our philosophy is to make beer tied to a time, place, and people. With this, we should expect natural variations in the beer itself.

Each beer has its own personality, and even further nuanced, each batch is a little different from the batch before. Black Metal, for instance, is notorious for being viscous and foamy. Our hoppy beers, too, tend to be extra foamy when bottling. Our hand bottling team knows the personalities of these beers and can calibrate their work for the variations. The nuanced differences in our beer are better handled by specialists than they would be if handled by an automated system.

Despite some inefficiencies and the higher cost of hand-bottling as opposed to automation, we find it more valuable to build a larger production team and give folks within Jester King a direct connection to the product. These individuals have a specialization that is specific to Jester King and to our equipment, a specialization that is necessary in getting our beer to you.

In the connection of making beer tied to a time, place, and people, our hand bottling team encompasses a crucial part of the people component. Without their level of attention and expertise, our beer would not be the same. This team is directly responsible for the quality of the beer we produce.