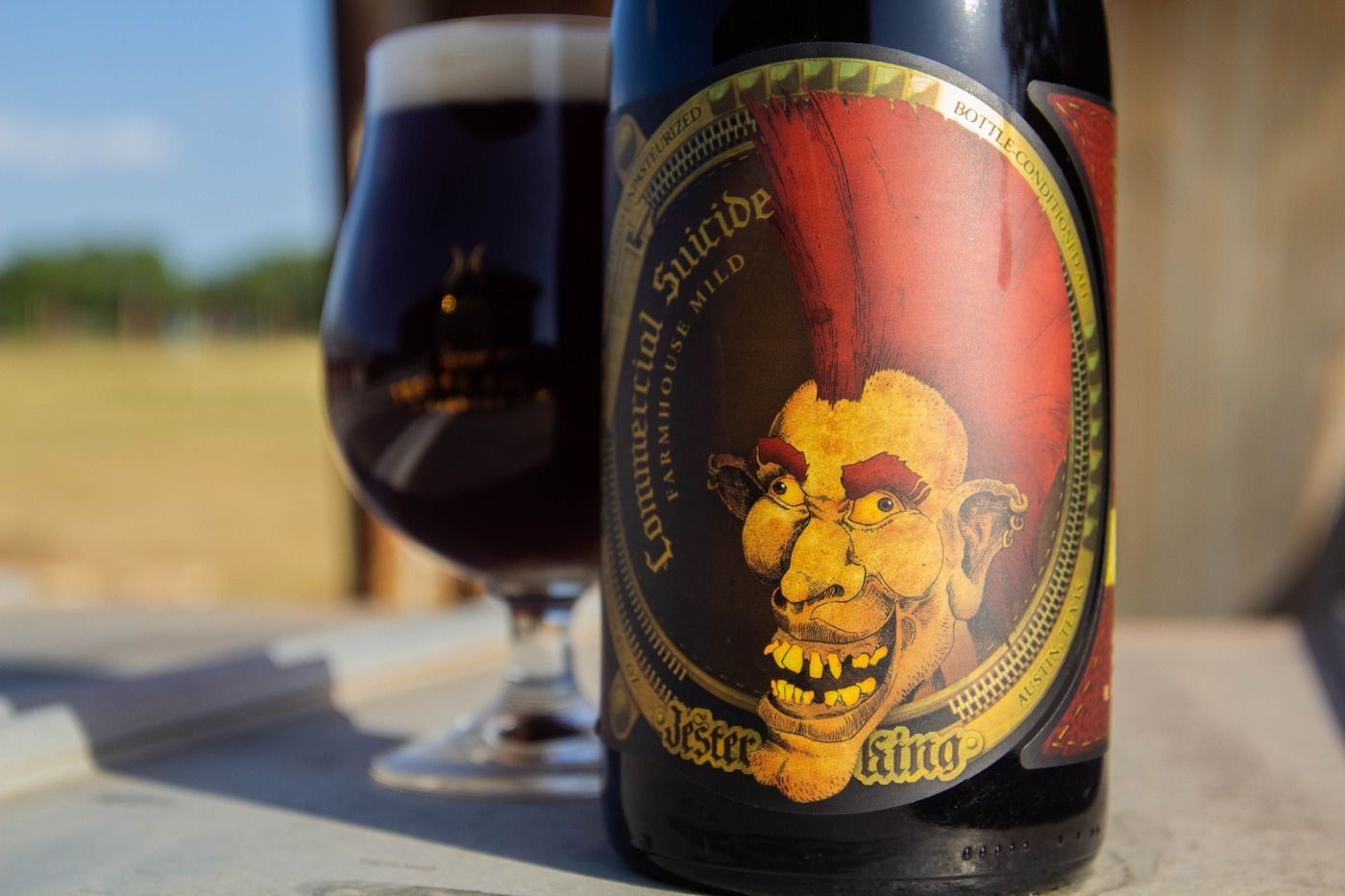 This Friday, we'll be releasing our latest batch of Commercial Suicide Farmhouse Mild Ale. Commercial Suicide is inspired by the English tradition of low-alcohol, supremely drinkable ales with moderate bitterness, toasty/biscuity malt flavors, and interesting yeast character. It's a beer we've been slowly tweaking over the years in an effort to bring it closer to its classic counterpart.

We believe our latest batch is the closest we've come to bridging this gap. This is due in no small part to us upping the bitterness in the recipe. Hops have properties that we've found keep the bacteria in our mixed culture at bay for at least awhile. When we achieve bitterness over about 20-35 IBU, our beer presents "clean" for the first several weeks or months. It's not until after extended aging that some of the funk and tartness begin to shine though.

If you think about it, this surely must have been how things were historically in the days before brewer's yeast and pure culture fermentation. All beer was "wild" and fermented with a mix of yeast and bacteria. If you didn't drink it relatively soon, we can assume it would start to acidify and develop funky yeast flavors/aromas.

So basically, we've sought to take advantage of hops and less aging time to cause Commercial Suicide to present fresher and more in line with traditional English Mild. As we've pointed out before, we're just as heavily inspired over the years by the dry, bitter pale beers of Belgium, England and France as we are by tart, funky barrel-aged beers.

We hope you enjoy our latest batch of Commercial Suicide! Our brewers at Jester King are very excited by its simplicity, drinkability and relation to traditional Mild.

This batch of Commercial Suicide has an ABV of 3.3%. It will be available by the glass and in bottles to go (750mL/$9). There are around 2,100 bottles available. We anticipate limited distribution of this beer.