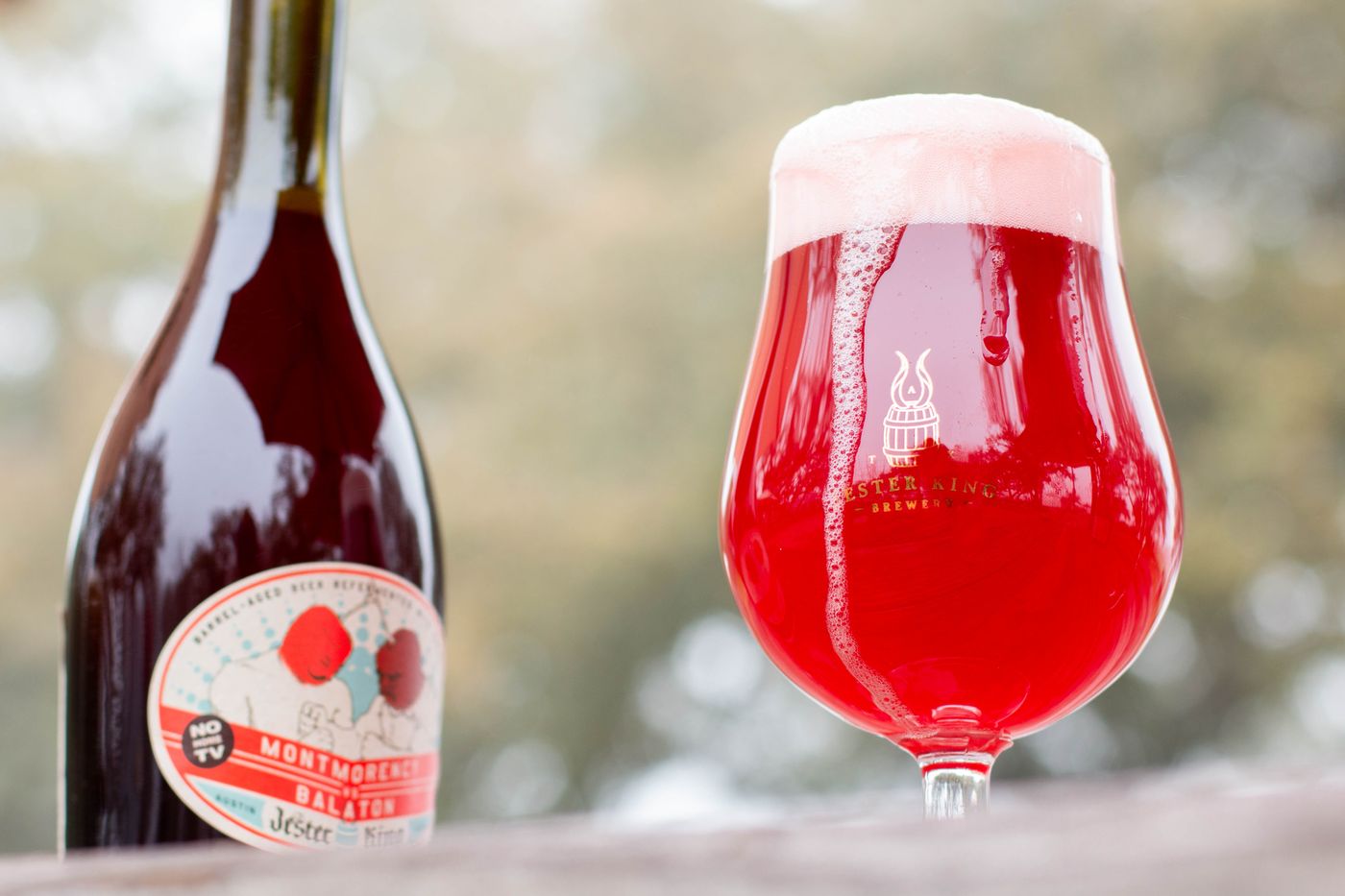 We're pleased to announce that our 2019 batch of Montmorency vs. Balaton will be released on Friday, March 15th when our tasting room and restaurant opens at 4pm!

Montmorency vs. Balaton or "MvB" is our barrel-aged wild ale refermented with two varieties of Michigan tart cherries (Montmorency and Balaton). To make MvB, we brew beer with well water, Texas malted barley, oats, spelt, and a blend of fresh hops and aged hops from our barn. We fermented the beer with our mixed culture of brewers yeast and native yeast and bacteria and age it in oak barrels for about a year. Once mature, we referment the beer with tart cherries, then naturally condition it through refermentation in bottles and kegs. This is our sixth blend of MvB. It's 6.1% alcohol by volume and was packaged in February.

This year's batch of MvB is our largest yet! In addition to being available by the glass at Jester King, we have about 9,600 bottles available to go (500ml/$20) with a bottle limit of twelve (one case) per customer per day. Please note that MvB will not count toward our regular case discount while the 12 bottle limit applies. Outside of special events, MvB will only be available at Jester King.

We're also excited to mention we'll have a special pop-up from our kitchen on Saturday, March 16th in celebration of the release (more to come on this), and a special lineup of live music on Sunday, March 17th that includes Big Bill, The Stacks, AMA, and PR Newman!

We hope you enjoy this year's batch of MvB! Cheers! 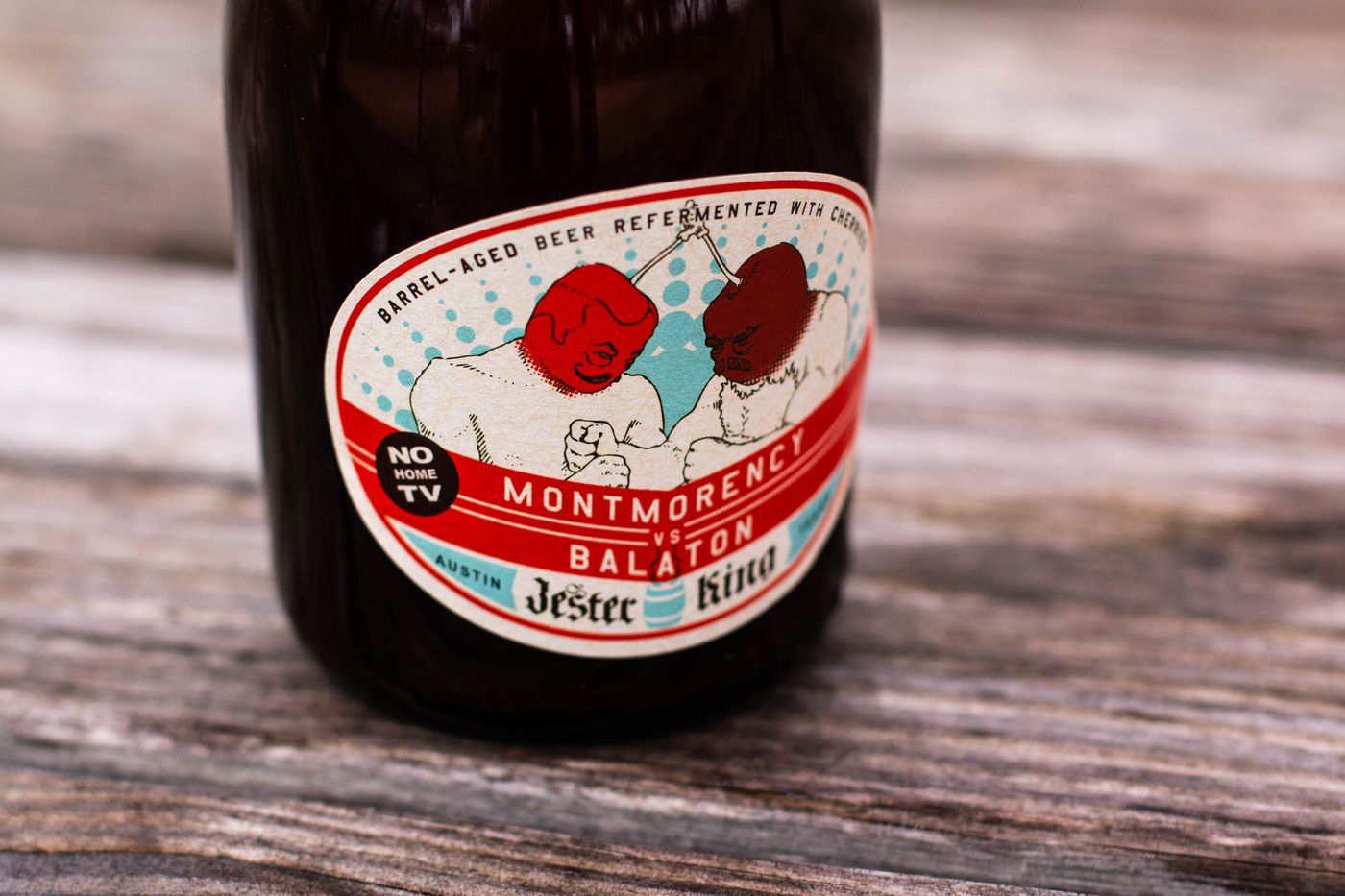