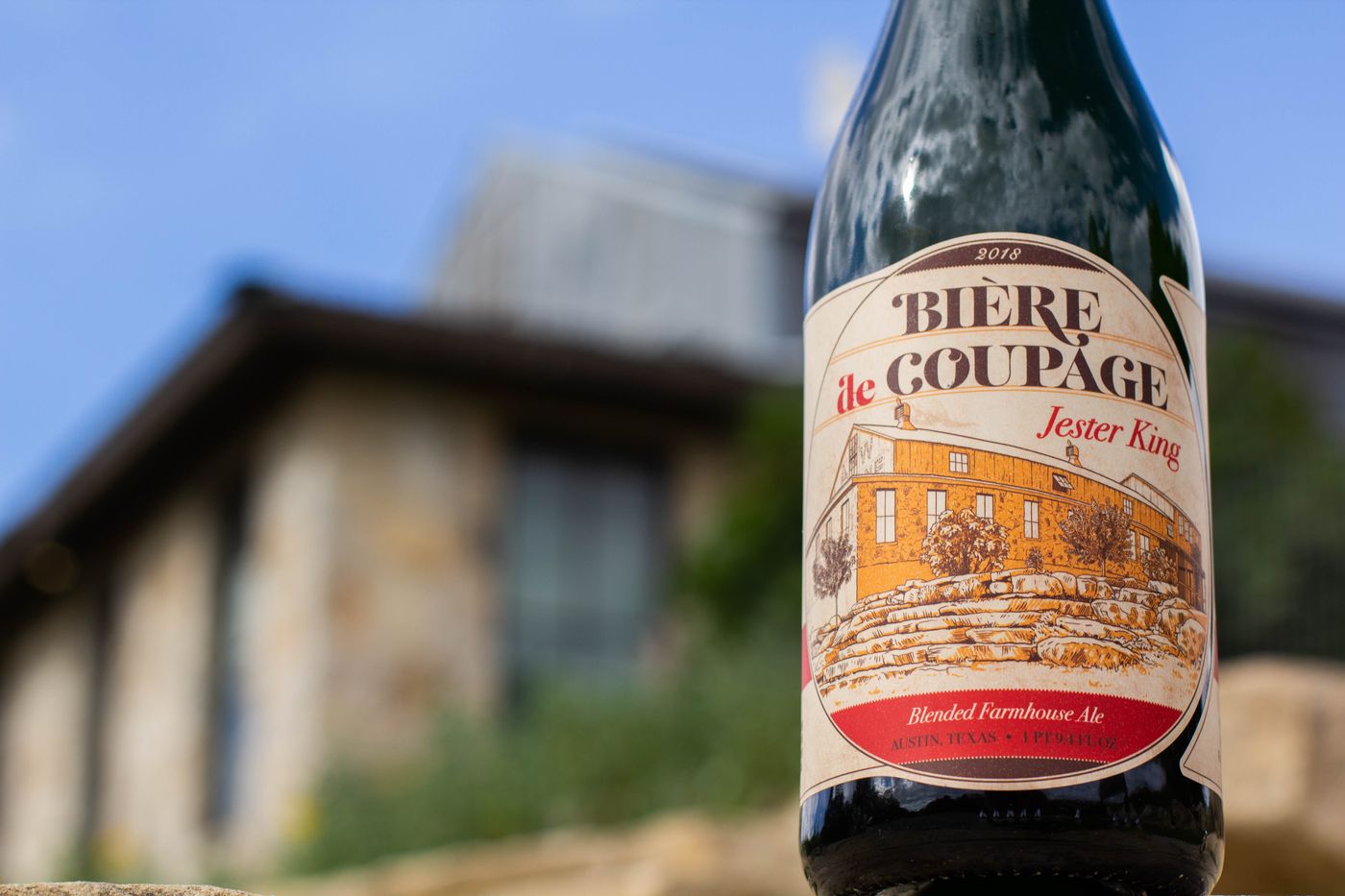 "Bière de Coupage" simply means beer that is "cut" or "blended". We originally learned of the technique listening to the lectures of Yvan de Baets of Brasserie de la Senne not long after we opened. Yvan spoke of the old world practice of blending young beer with mature Belgian Lambic. We later learned more about the practice from Amos Browne of Browne and Bitter. Browne writes:

“In general, then, coupage is just blending, but typically refers to a once common practice of blending old and young beers together, the aim of which was to combine the best characteristics of each beer, particularly the tartness and aromatic complexity of an aged ale, and the mellow smoothness and improved head retention of a younger beer."

We've really enjoyed experimenting with the microbiological transformation we see by combining old and young beer together. The beer typically goes through quite a "shift" in character once the microbes are combined. We find the old beer "steers" the character of the young beer through fermentation. The result is usually something quite enjoyable with an novel flavor and aroma profile. It speaks to one of our most basic aims as a brewery — seeing what wild microorganisms outside our control do to beer over time.

The name "Bière de Coupage" isn't a fanciful one. It isn't a trade name like "Noble King" or "Commercial Suicide". Rather, it simply refers to a beer making technique.

This year's blend was packaged in July and contains one and two year old 100% spontaneously fermented beer. The blend was dry-hopped with Czech Saaz. It's 5.4% ABV and was 100% naturally refermented in bottles and kegs before release. This is our second blend.

It will go on sale today (September 14th, 2018) at 4pm in our tasting room. It will be available by the glass and in bottles to go (750ml/$24). We have about 2,600 bottles. There's no bottle limit. We do not anticipate that Bière de Coupage will be distributed outside of special events.