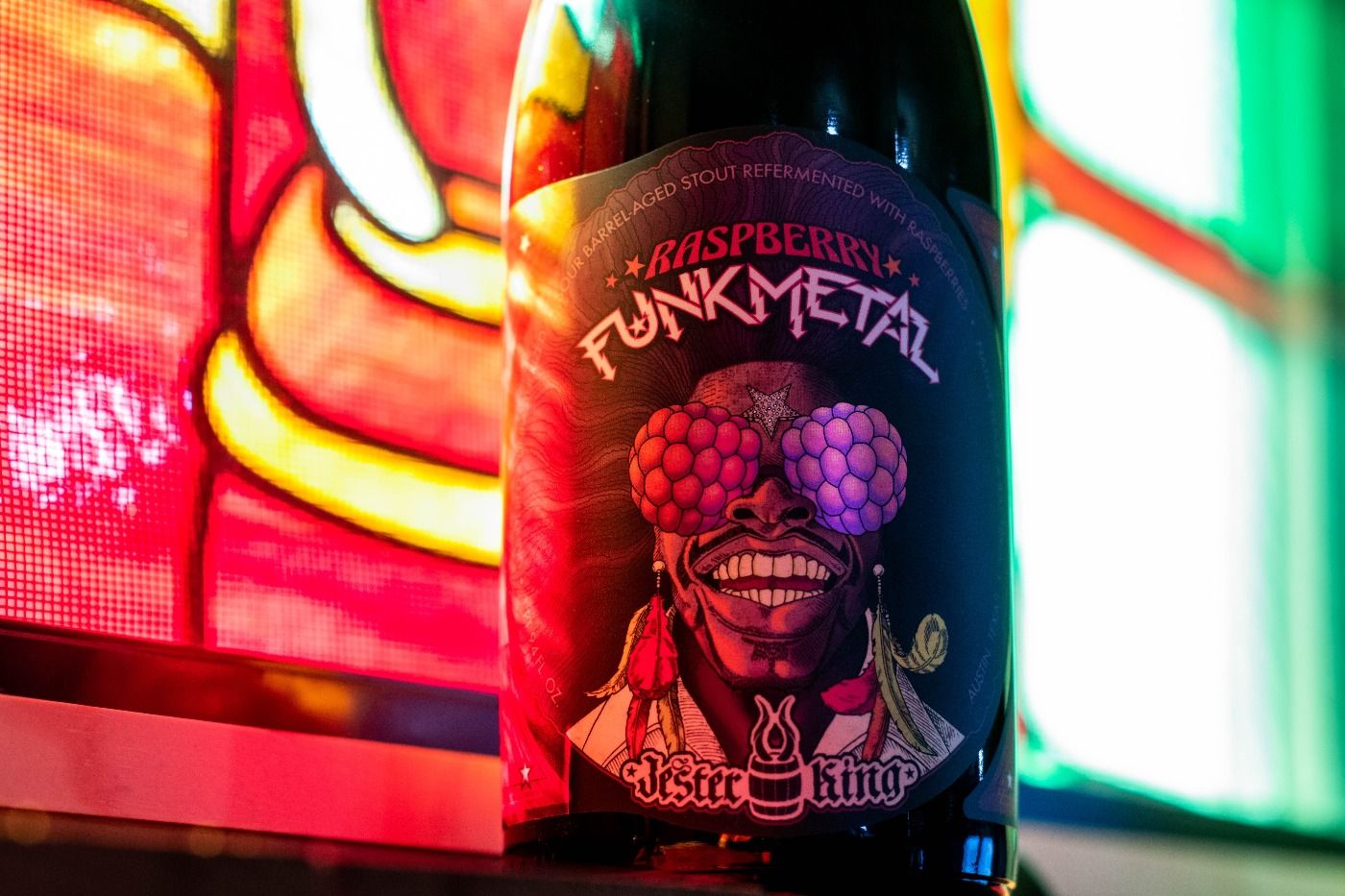 To make Raspberry Funk Metal, we brewed an imperial stout and fermented in stainless steel with our mixed culture of native yeasts and bacteria, then we barrel aged the beer in neutral oak barrels for 24 months. We blended the beer back together and introduced raspberries, refermenting those raspberries for about a month. The beer was then bottled and kegged in early April where we let it condition and develop carbonation.

Raspberry Funk Metal has an ABV of 9.3%. It will be available by the glass and in bottles to go ($22/750mL). There are around 700 bottles available with a limit of 3 bottles per person per day. This beer will not see distribution.